(Bloomberg) — Economic activity in the world’s most advanced countries continues to improve, though it’s still below levels seen before the global health crisis. Business at U.S. service providers is growing at a robust pace and imports are accelerating to meet steady sales. Bankruptcies in Japan are declining as the […]

(Bloomberg) — Economic activity in the world’s most advanced countries continues to improve, though it’s still below levels seen before the global health crisis.

Business at U.S. service providers is growing at a robust pace and imports are accelerating to meet steady sales. Bankruptcies in Japan are declining as the government assists struggling firms. Stronger economic growth will be crucial to stabilizing the world employment picture, more notably in Europe where slack in the labor market is expanding.

Here are some of the charts that appeared on Bloomberg this week, offering insight into the latest developments in the global economy:


After a period of economic weakness in August and September, the pace of recovery in most advanced economies gained traction in the past two weeks, though activity is still far below pre-Covid levels, according to Bloomberg Economics gauges.


The World Trade Organization offered a less gloomy projection for this year’s decline in global trade, while noting that downside risks remain if further outbreaks of Covid-19 stall the economic recovery.


A Bloomberg Economics analysis of 36 recessions since 1965 across the Group-of-Seven countries suggests an L-shaped recovery is more likely than a V.

© Bloomberg
The U.S.’s trade deficit grew to the biggest since 2006 in August


The U.S. trade deficit widened in August to the largest since 2006 as the nation imported a record amount of consumer goods amid a pickup in sales ahead of the holiday-shopping season. American businesses, which drew down inventories at the start of the lockdown, have recently boosted imports to meet demand.


Service industries expanded in September by more than forecast as faster growth in new orders and a pickup in employment pointed toward a better pace of economic recovery.


The U.K. economy’s poor performance in August means it looks set to fall short of Bank of England forecasts, boosting the likelihood of more monetary stimulus.


Frank Elderson was picked by euro-area finance ministers as the sole candidate to succeed Yves Mersch on the ECB Executive Board. The Netherlands hasn’t held a seat on the six-member body since 2003.

© Bloomberg
Out of Work


The economic shock of the pandemic has left millions of Europeans without a job, and millions more underemployed. Total slack in the labor market, which comprises all people with an unmet need for employment, jumped to nearly 30 million in the second quarter, or 14% of the EU’s extended workforce.

© Bloomberg
On the Decline


Japanese bankruptcies declined in the six months through September to the lowest level in 31 years, as government and central bank support helped prop up struggling firms.


Wealthy Argentines are fleeing to Uruguay, driven by increases in taxes and proposals for more, growing political division, deepening poverty and ongoing spikes in the virus.

Mon Oct 12 , 2020
Poloni Photo by David Hyde Just two months into his tenure as chief executive of Century City-based engineering and infrastructure giant AECOM, Troy Rudd’s first bold move has been a company restructuring that has claimed the position of one high-level executive and consolidated power into the hands of company President […] 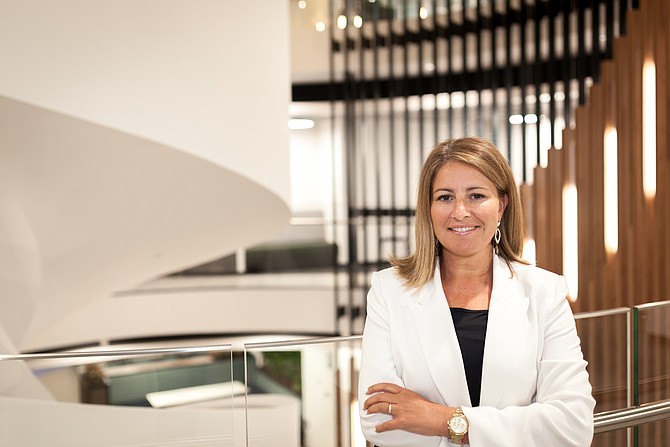