The big surprise from this week’s Pew Research Center survey of 14 nations with advanced economies isn’t that negative views of China have reached historic highs in half of them. Nor that the majority of people polled said they think China has done a bad job handling the coronavirus. Or even that […]

The big surprise from this week’s Pew Research Center survey of 14 nations with advanced economies isn’t that negative views of China have reached historic highs in half of them. Nor that the majority of people polled said they think China has done a bad job handling the coronavirus. Or even that President Xi Jinping comes off poorly among those who responded.

After all, China is where the pandemic began. Its government bungled the initial response to the pathogen, then arguably compounded the error with aggressive “wolf warrior” diplomacy while thousands died across Europe, and then the Americas.

No, the real surprise from the global poll is that the only country to score more unfavorably than China was—by a wide margin—the U.S.

This week in the New Economy

Across the nations surveyed in Asia, Europe and North America, a median of 61% of people said China flubbed the Covid-19 challenge while 84% think the U.S., which leads the world in coronavirus deaths and infections, messed up.

Meanwhile, lack of confidence in Xi has soared to record levels in every country surveyed except Spain and Japan (negative opinions in Japan about its giant neighbor have been elevated for years), leaping by double digits since a similar survey last year. A total of 78% of those polled said they have little or no confidence in the Chinese president to do the right thing regarding world affairs.

But U.S. President Donald Trump gets even worse reviews. In Germany, for instance, 78% said they have no confidence in Xi—but fully 89% said the same about Trump.

What is particularly shocking is that every one of the countries polled is either a treaty ally or regular partner to the U.S. (China has no formal allies, unless you count Pakistan and North Korea.) In these countries—democracies all—the Republican is held in lower esteem than the head of an increasingly authoritarian China.

To rub it in, this survey was conducted in a year when much of the world was recoiling from China’s human rights abuses in Xinjiang, its draconian restrictions on civil liberties in Hong Kong and its efforts to intimidate Taiwan (whose response to the pandemic has been exemplary). Yet still the world’s most advanced economies held a darker view of America.

The question now is whether the U.S. and China can bounce back from this global opprobrium.

To be sure, the survey didn’t cover emerging economies, where China’s standing is likely higher. But China arguably wants respect from the world’s other top powers, not least to give substance to Xi’s claim to be leading the “great rejuvenation of the Chinese nation.” Beijing wants to demonstrate to a domestic audience that the richest nations on Earth recognize the country’s achievements, even if they don’t always endorse its economic model. And it needs capital and technology from these countries, as well as their cooperation on global issues.

So far, at least, there’s no sign of contrition from Beijing after a year of self-inflicted diplomatic setbacks. The nationalistic Global Times shrugged off the Pew survey as “the inevitable result of the constantly strengthening inherent prejudice against China under the anti-China narrative of Western public opinion.” The U.S. had “roped in” its allies to “stigmatize China,” and “whitewash their inability to handle the deadly virus,” the publication stated.

Democracies, on the other hand, have an ability to self-correct (this righting mechanism is often touted as their greatest strength.) U.S. voters will soon pass judgement on an administration much of the world believes has squandered America’s most precious diplomatic asset—the trust of its friends. A single election, whatever the outcome, won’t flip world opinion, however. Trust, once betrayed, takes a long time to rebuild.

But the Pew survey emphatically supports the argument of a long list of former U.S. officials, think-tank analysts and others who say that U.S. foreign policy under a President Joe Biden, if he’s elected, should begin at home. The first step to rebuilding global regard for America is by tackling chronic domestic economic and social inequalities laid bare by the pandemic.

The second step would be to rebuild relations with its allies. Then—and only then—will the U.S. be in a position to press China on trade, market access and other issues that concern much of the rest of the world, too.

Like Turning Points? Subscribe to Bloomberg All Access and get much, much more. You’ll receive our unmatched global news coverage and two in-depth daily newsletters, The Bloomberg Open and The Bloomberg Close.

Bracing for the U.S. election: America’s presidential campaign has already been a roller-coaster ride for global investors, and it promises to get even more intense. There are a range of scenarios for market participants to consider: What happens if President Donald Trump loses and doesn’t concede? Or if he again loses the popular vote but wins in the Electoral College, only this time triggering civil unrest? Join us virtually on Oct. 21 at 1 p.m. Singapore time (GMT+8) to hear how Kathy Matsui, vice chair Goldman Sachs Japan and Brian Barish, president and CIO of Cambiar Investors, are preparing their portfolios. Register for free here to be part of this live, interactive conversation, or to access all content on-demand at your convenience.

Download the Bloomberg app: It’s available for iOS and Android.

Before it’s here, it’s on the Bloomberg Terminal. Find out more about how the Terminal delivers information and analysis that financial professionals can’t find anywhere else. Learn more.

What Pandemic? One Survey Says 69% Of Global Travelers Plan To Fly Soon

Mon Oct 12 , 2020
Seven months since COVID-19 was officially designated a pandemic by the WHO, its effect on global travel and the airline industry in particular remains severe. Although more flights are running now than at the lowest points in April, global airline capacity is currently down 47% from this time last year. […] 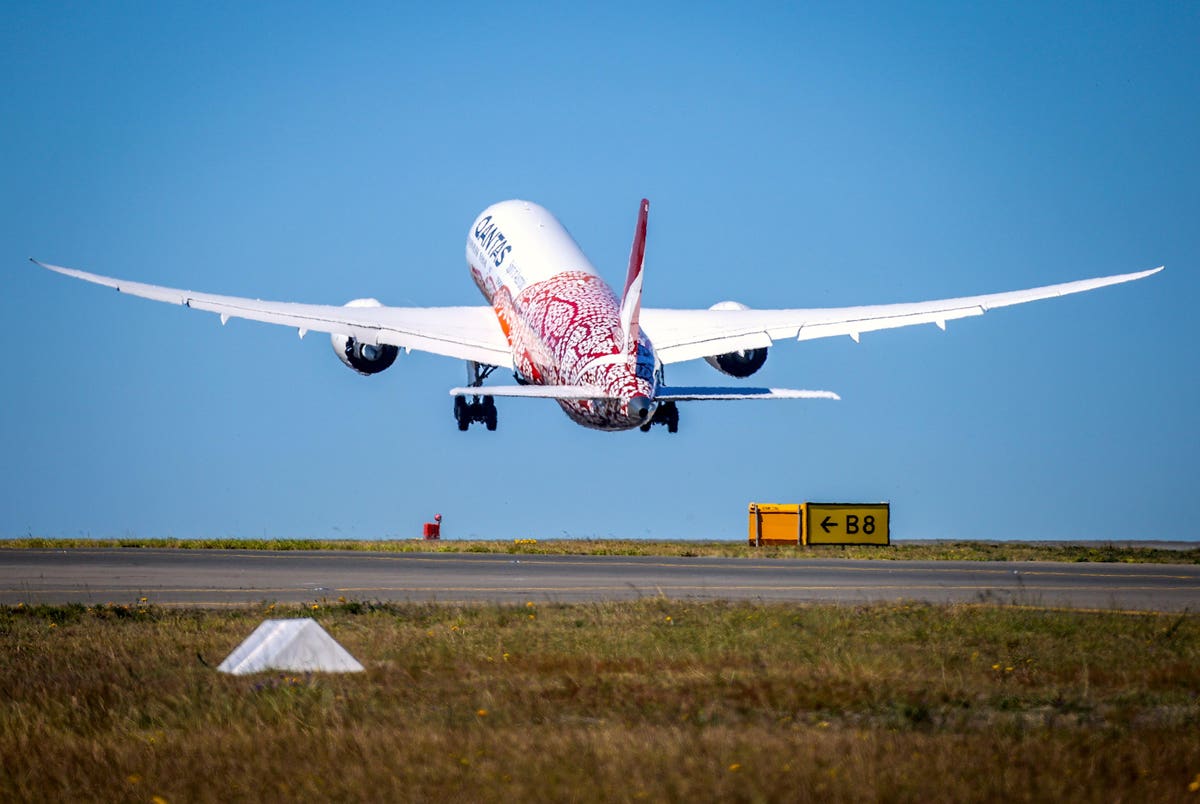