© Hasan Shaaban/Bloomberg/Getty Images
Carlos Ghosn, former Nissan chief executive officer, reacts while speaking during a news conference at the Holy Spirit University of Kaslik (USEK) in Jounieh, Lebanon, on Tuesday, Sept. 29, 2020. China has emerged as a crucial market for Japans second-biggest automaker by output as it struggles to recover from a boardroom scandal surrounding former chairman Carlos Ghosn and a sales slump that threatens its alliance with Renault SA. Photographer: Hasan Shaaban/Bloomberg via Getty Images


This week, the ex-Nissan chairman announced the launch of a new business program at a university in Lebanon, where he escaped after fleeing Japan last year. The move comes two months after a massive explosion rocked the Lebanese capital of Beirut, killing almost 200 people and worsening an already stark economic crisis.

The program is based at the Holy Spirit University of Kaslik (USEK). The initiative has three goals: to provide training to local businesses, offer executive coaching to senior managers, and supply startups with funding and advice. A training center will teach workers new skills in emerging technology, such as artificial intelligence.

At a news conference on Tuesday, Ghosn said that he hoped the program would help play a role in “the reconstruction of the country.”

“If there’s one specific thing that Lebanon needs, it is [to] create jobs,” he said, according to a press release provided by the university. “I am ready to put my experience, my knowledge, anything I have in order to support any institution, any team with a purpose.”

Representatives for Ghosn declined to comment beyond the press release from the university.

Lebanon’s economy is in dire shape. A breakdown in the country’s banking system and skyrocketing inflation recently triggered mass protests. Even before the Covid-19 pandemic and the devastating explosion, the World Bank projected that 45% of people in Lebanon would be below the poverty line in 2020.

Ghosn, who was born in Brazil but moved to Lebanon when he was six years old, was a legendary auto executive known for turning around France’s Renault and Japan’s Nissan. But in 2018, he was arrested in Japan, where prosecutors accused him of financial crimes. He has always denied wrongdoing.

Until his dramatic escape last December, Ghosn was expected to stand trial in Japan. Instead, he traveled to Lebanon, where he remains a fugitive. Ghosn has repeatedly railed against the Japanese justice system and claimed that he left Japan because he believes he would not have been given a fair trial.

His recent move underscores the goodwill he still has in Lebanon — and in parts of the corporate world. Ghosn plans to hold some workshops for the program, and has arranged for several top international executives to take part, according to the university. It said in a statement that guests would include Thierry Bolloré, CEO of Jaguar Land Rover, and José Muñoz, chief operating officer of Hyundai. Like Ghosn, Bolloré is a former chief of Renault.

On Tuesday, USEK president Talal Hachem said the university had turned to Ghosn because of “his career record of accomplishments,” and his character “as a person.”

“The idea of collaborating with Carlos Ghosn did not come out of the blue,” he said. “The idea stemmed from the need for change and … Carlos Ghosn is an agent of change.”

— Julia Horowitz and Nina dos Santos contributed to this report. 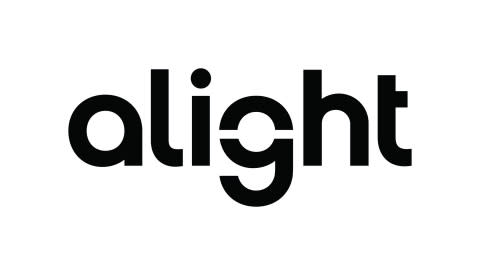