The countries that best controlled the coronavirus pandemic haven’t necessarily been rewarded with economic benefits. But one economic giant has, and its success is likely to resonate for years. That’s China.

Among members of the Group of 20, the global club of leading economies, only China rebounded from a Covid-19 contraction as early as the second quarter of 2020, and its growth shows no signs of abating. In the U.S. and Europe, by contrast, where the virus arrived later, recoveries were slower and now face stiff headwinds.

Since the coronavirus was first reported in Wuhan in December 2019, scientists, economists and many business experts agree that in China, saving lives has correlated with economic performance.

“Countries that have successfully reduced their number of Covid-19 cases have generally been more successful at reopening their economies,” said a Sept. 23 executive briefing by McKinsey & Co. “For them, controlling the virus ultimately has come down to two things: understanding what to do and executing well.”

That assessment has not appeared to hold up everywhere. But it has in China, which emerged smartly from its record first-quarter slump while containing the virus, according to data compiled by Bloomberg and the Johns Hopkins Bloomberg School of Public Health. It’s had the lowest per capita increase in Covid-19 cases and deaths of the major economies and the lowest unemployment rate after Japan the past six months. At this point, it is the only G-20 economy strong enough to show increases in gross domestic product and industrial production this year.

While the rest of the world shows little or no growth in 2020, China is expanding for the 33rd consecutive year. The European Union and the U.S., which together represent 42% of global GDP, will shrink 8% and 4.4%, respectively, according to 80 economists surveyed by Bloomberg. China Evergrande Group, the world’s most indebted real estate company with $120 billion of liabilities, rallied the most since March as global shareholders earlier this week signaled their confidence in the nationwide property developer.

Smaller countries that handled Covid-19 better than most of the major economies, such as New Zealand and Taiwan, aren’t enjoying a similar economic benefit. Despite cases totaling just 1,836 and 513 the past eight months, Taiwan’s GDP will grow just 1% this year and New Zealand’s will shrink 5%, mostly because both rely heavily on global trade and tourism, according economic forecasts compiled by Bloomberg.

No country of any size approaches China’s return to relative health. South Korea, Italy and Germany — countries with Covid-19 cases and deaths increasing at the lowest rate in the G-20 after China — still show rates more than double the pandemic’s outcome in the People’s Republic. Australia is a distant No. 5 in these rankings, according to data compiled by Bloomberg.

Germany, for all its initial success controlling Covid-19 — with a lower rate of increased cases than Italy and of increased deaths than France — will see its GDP shrink 6% this year and then grow no more than 3.6% in the following two years, according to 48 economists surveyed by Bloomberg. That’s less than the anticipated G-20 average of 4% growth over the next two years.

China’s percentage of the official global death toll, now over 1 million, is barely 0.5%. In the U.S., where President Donald Trump initially discouraged wearing masks and asserted that the virus would spontaneously disappear, more than 200,000 have died. That’s a world-leading 21% of the number that has perished from the disease globally. The U.S. has lost 621 people for every 1 million residents, or 182 times China’s death rate. Trump said earlier today that he tested positive for coronavirus along with his wife and one of his aides.

South Korea also moved swiftly to contain the virus when it first arrived, and it appears poised for growth. The data for jobs, industrial production and growth indicate that China and South Korea are the only G-20 countries where already low second-quarter unemployment rates of 3.8% and 4.2%, respectively, will continue to decline in the next two years, according to 16 economists surveyed by Bloomberg. China is similarly exceptional with industrial production forecast to increase 2.4% and GDP to rise 2.1% this year, when the rest of the G-20 will see declines, and lead the group with gains of 7.5% and 8% in 2021, according to the average of estimates from 74 economists.

— With assistance by Shin Pei

To contact the author of this story:
Matthew A. Winkler at [email protected]

To contact the editor responsible for this story:
Jonathan Landman at [email protected]

Before it’s here, it’s on the Bloomberg Terminal.

Sat Oct 3 , 2020
Kelly Clarkson is being sued by her former father-in-law’s management company.  Starstruck Management Group filed a lawsuit in Los Angeles Superior Court on Tuesday, asserting that the singer owes her long-time managers $1.4 million in commission.  Clarkson married Brandon Blackstock, the son of Starstruck owner Narvel Blackstock, in 2013 and filed for divorce in […] 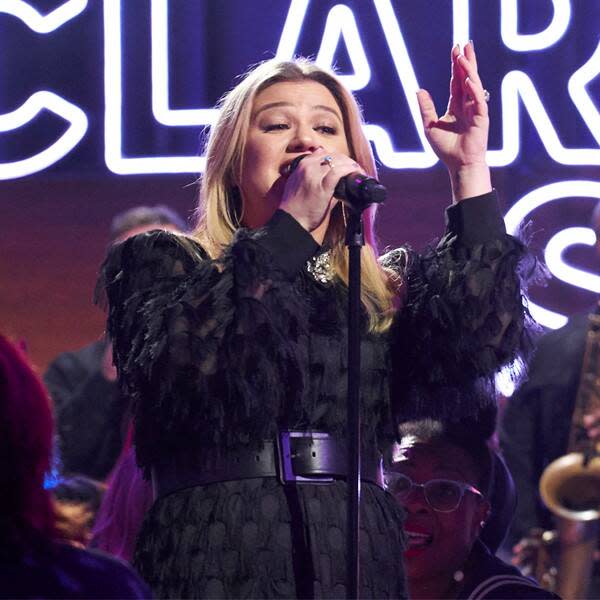