© SCMP Tesla electric cars are displayed at the Auto China 2020 on Saturday, September 26, 2020. Photo: Simon Song Manufacturers and assemblers of electric cars in China, the world’s largest vehicle market since 2009, are sharpening their pitches and raising their game as they pour billions of dollars into […]

Manufacturers and assemblers of electric cars in China, the world’s largest vehicle market since 2009, are sharpening their pitches and raising their game as they pour billions of dollars into research, sales and marketing to catch up with the industry leader Tesla in their home turf.

Long driving range on a single charge is essential in a nation with the world’s third-biggest land mass, as are sophisticated electronic gadgetry, unique applications, bells and whistles, according to the range of models on display at the Beijing International Automotive Exhibition, the nation’s most important industry trade show.

All these have to come with a price tag that fits comfortably in the pocket of notoriously finnicky buyers with little loyalty to brands that are usually little more than a few years old.

Get the latest insights and analysis from our Global Impact newsletter on the big stories originating in China.

“We know the Chinese market better and we are relatively younger,” said Brian Gu, president of Xpeng Motors, which completed a US$1.7 billion fundraising in New York last month to finance its ambitions. “We are increasing our spending on R&D and will churn out better products to position ourselves as a technology-driven NEV maker.”

The manufacturers are all positioning themselves to sell as many as 3 million electric cars a year, or 80 per cent of all domestic sales by 2025, according to the Chinese government’s Made in China 2025 industrial master plan.

Optimistic analysts forecast the number could reach 5 million a year, buoyed by the Chinese government’s generous incentives to encourage consumers to abandon internal combustion engines and replace them with environmentally friendly vehicles, part of the nation’s state goal of becoming carbon neutral by 2060.


They have a long way to catch up. Tesla delivered 14,954 Model 3s in June, 23 per cent of the total sales of pure electric vehicles on the mainland, according to the China Passenger Car Association (CPCA). BYD, one of the oldest industry competitors, based in Shenzhen, was a distant second, selling 4,106 Qin EV3 units.

Nonetheless, Chinese Tesla challengers are unfazed. Gu said Xpeng aimed to make the list of China top electric carmakers with 10 per cent share in four to five years. Electric carmakers are not competing with each other, but seeking to displace petrol guzzlers, Gu said.


“Together, NEV builders are competing with conventional car assemblers manufacturing combustion engine vehicles,” he said. “Tesla’s impressive performance here is not seen as an onus on us. Instead, it could inspire NEV companies to work harder to woo more Chinese drivers.”

At the Beijing auto show, the Chinese Tesla challengers including Xpeng, Nio and WM Motor attracted huge crowds during the media day on Saturday, as journalists flocked to their booths to sniff out their new strategies and technologies that would probably redraw the automotive landscape in China.

“Tesla educated the (Chinese) market,” said Freeman Shen, the founder and chief executive of WM Motor. “The name of the game is to deliver the right products that can cater to the consumer needs here.”

SCMP Infographics: Made in China 2025 and the nation’s electric car dreams

Li Auto’s Li ONE has a range of 800 kilometres (497 miles) and Xpeng’s P7 four-door electric sedan can travel 706km on a single charge.

“I voted for Nio car because it has lots of incentives to save driving costs,” said Wang Liang, owner of a Nio ES6. “Tesla has a better brand awareness, but Nio is not bad.”

Nio offered buyers of ES6 free battery swap services through a car’s whole life, which could translated tens of thousands of yuan, according to Wang.

Xpeng recently launched its battery leasing service, which allows customers to pay for the battery packs in 84 instalments over seven years.

On Saturday, He Xiaopeng, founder and CEO of Xpeng, announced on the Beijing car show that owners of its cars could enjoy 3,000 kWh of free charging for their vehicles each year.

Last month, Chinese NEV makers saw a ray of hope after Tesla was leapfrogged by a local player.

It was the Hongguang Mini EV, a compact four-seater car made by SAIC-GM-Wuling Automobile that unseated Tesla’s Model 3 in August.

In August when it hit the market, 15,000 units of Hongguang Mini EV were delivered, outshining sales of 11,811 Model 3 units, according to the CPCA.

After Sabah election, Muhyiddin sitting in pole position to hold off Anwar and remain Malaysia PM

How Donald Trump has taken America closer than ever to China

This article originally appeared on the South China Morning Post (www.scmp.com), the leading news media reporting on China and Asia.

Thu Oct 1 , 2020
Powerful automation and customization features for grants management will enable faster support during coronavirus pandemic eCivis, the most widely used SaaS-based grants management solution for state, local and tribal governments, announced today that its grants management software is being used by the California Department of Housing and Community Development to […] 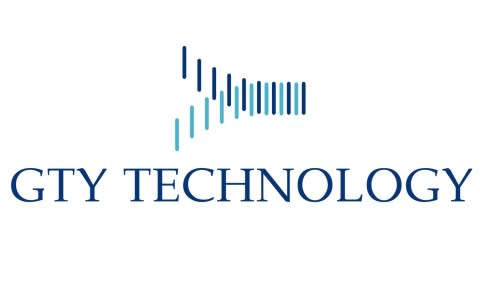