Connecticut would tap $1.8 billion from its reserves while extending the state’s corporate tax surcharge and delaying its phase-out of a capital base tax under the governor’s proposed 2021 deficit mitigation plan, released Thursday. Democratic Gov. Ned Lamont’s proposal, according to his office, followed on the state comptroller’s prediction last […]

Connecticut would tap $1.8 billion from its reserves while extending the state’s corporate tax surcharge and delaying its phase-out of a capital base tax under the governor’s proposed 2021 deficit mitigation plan, released Thursday.

Democratic Gov. Ned Lamont’s proposal, according to his office, followed on the state comptroller’s prediction last month that the general fund would suffer a shortfall of more than $2 billion for the 2021 fiscal year, which began on July 1. The comptroller’s prediction was based largely on the economic fallout from measures to stop the spread of the novel coronavirus.

Lamont’s proposal doesn’t offer any new large tax proposals, but it offers several smaller business tax changes he made in his proposed budget in February while largely aiming to fill shortfalls with the state’s rainy-day fund, which he said has more than $3 billion.

Melissa McCaw, secretary of the Office of Policy and Management, said in a release that the scope of the shortfall left the state with few options. Tapping the state’s reserves, along with making cuts, while restricting hiring and making “minor policy changes” would stave off problems other states have faced, she said.

“Fortunately, we were able to save more than $3 billion over the last few years that allows us to avoid the drastic actions some states across the country have needed to take, such as short-term borrowing or tax increases,” McCaw said. “Nevertheless, we can help alleviate some of the potential burden on our savings, and perhaps help shield ourselves into next year, by using Gov. Lamont’s rescission authority now, in combination with hiring restrictions and minor policy changes now.”

The administration’s proposals include the state maintaining its current 10% corporate surcharge on businesses with gross incomes over $100 million, which is set to expire in 2021. The governor made the same proposal in his February budget proposal, and in May, McCaw suggested canceling the expiration of the surcharge to help mitigate shortfalls. The proposal would need legislative approval.

Lamont also proposed to extend and delay the elimination of the state’s capital base tax, which is currently set at 3.1 mills, or $0.0031 per dollar of a company’s net worth. Currently, the rate is set to decrease annually and be eliminated Jan. 1, 2024. C corporations in Connecticut are subject to the state corporation business tax and have to calculate their tax under either a net income or capital base method and pay the higher tax, according to a fiscal analysis by the Connecticut General Assembly. The capital base tax, sometimes called a capital stock tax, is on a business’ net worth or capital holdings and generally levied as a percentage of its net assets, the analysis said.

In 2019, Lamont signed a budget that would phase out the capital base method by 2024. The 2021 rate is 2.6 mills per dollar of capital base; it then falls to 2.1 mills in 2022 and 1.1 mills in 2023 before its elimination in 2024. Lamont offered the same change in his February budget proposal, saying the rate would remain constant before being phased out over a longer period, with a new sunset date of Jan. 1, 2026.

Lamont’s office said the measure could raise $5.7 million, the same estimate his administration gave in February, though it didn’t give details on whether it was offering a new phase-out schedule.

Senate Republican Leader Len Fasano, R-North Haven, issued a statement criticizing Lamont for his plan, arguing that it doesn’t meet the requirement under state statute to modify allotments to prevent a deficit.

“By only using 4% of his rescission authority, the governor is creating a self-fulfilling prophecy that will put our state in a position where we have to take a significant amount from the rainy-day fund,” Fasano said. “We may end up needing to rely on the fund in part, but we should only do that once we have taken all steps necessary to get our fiscal house in order.”

For a reprint of this article, please contact [email protected] 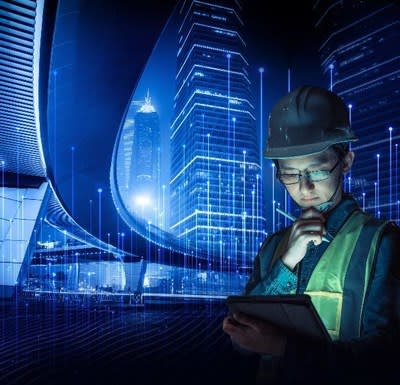