The statement came as counsel assisting Scott Aspinall questioned Crown director Toni Korsanos. She admitted the document’s language could be more straightforward and that it may have lost some staff in translation. “One of the problems,” Commissioner Bergin began again, “in any of these sorts of publications is the very […]

The statement came as counsel assisting Scott Aspinall questioned Crown director Toni Korsanos. She admitted the document’s language could be more straightforward and that it may have lost some staff in translation.

“One of the problems,” Commissioner Bergin began again, “in any of these sorts of publications is the very thing that you have identified, which you have called ‘lost in translation’.

Commissioner Bergin will deliver her findings by February, and at stake for Crown is its permit for the VIP-only Barangaroo casino.

The probe could recommend the licence be revoked or more strenuously regulated; those who are deemed unsuitable to be “close associates” of the casino may face ejection from Crown.

Directors Guy Jalland, Jane Halton and John Horvath are up for re-election at the company’s annual shareholder meeting on October 22, and governance outfit Ownership Matters is recommending investors vote against all three.

Even the company’s billionaire shareholder James Packer may have to sell down his 37 per cent stake – worth about $2.2 billion – to secure the Barangaroo licence.

Meanwhile, Ms Korsanos said she was unaware of any debate surrounding her status as an “independent” director of Crown when she joined the board from Aristocrat Leisure in 2017.

Ms Korsanos said she “didn’t think there was anything untoward in the decision” to determine her as an independent director.

Ms Korsanos joined the list of directors to admit failing to check the bank statements of two Crown subsidiaries after allegations of money laundering in those accounts.

Ms Korsanos said Crown was taking steps to improve its anti-money laundering compliance and had ceased partnerships with junkets during a review.

“The effort today is ongoing. There is nothing that slows the effort down,” Ms Korsanos said.

But Commissioner Bergin queried whether these processes were “rushed” to meet Crown Sydney’s December 14 opening date.

“We’ve got existing operations we want to make sure are fit for purpose and meeting compliance,” Ms Korsanos replied. “This effort is associated with our overall business irrespective of the location.”

Commissioner Bergin remarked: “I understand that now and, of course, it would be very unfortunate for you to rush it.”

Later in the afternoon, Crown deputy chairman John Horvath was grilled over what he knew about the escalating risk for the company’s China-based staff before they were arrested by authorities in 2016.

Professor Horvath said others failed to escalate critical information about the situation to him.

Earlier, former Australian Football League boss Andrew Demetriou – a Crown director since 2015 – took criticism for bringing in an undisclosed crib-sheet to assist his evidence on Monday.

“Why did you do it?” an exasperated Commissioner Bergin asked.

“If you had just given the documents to your silk and to the inquiry, this embarrassing line of questioning would not have happened,” she later said.

The inquiry has tendered the notes as evidence, and Mr Demetriou apologised for his error.

The documents also revealed an email between Mr Demetriou and Mr Packer, where Mr Demetriou had said he remained “committed to serving the best interests of Crown, and most importantly, you [Mr Packer]”.

Trump says he has a better plan for preexisting conditions. He doesn't 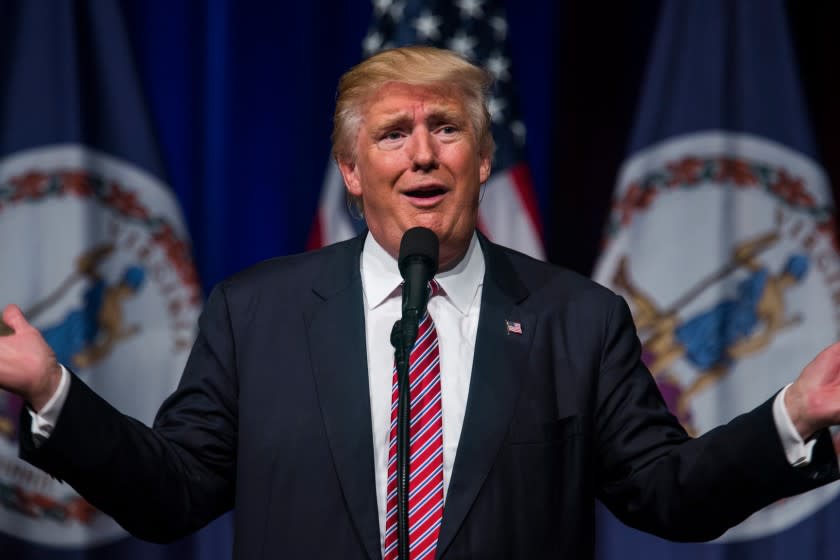