picture alliance/Getty Business activity in the eurozone avoided stagnation in September, as German factories expanded activity to meet export demand, despite a resurgence in cases of Covid-19. French business activity fell to a four-month-low as the country struggled to contain an outbreak of new infections in recent weeks. The […]

Business activity in the eurozone slowed in September, along with a marked increase in cases of Covid-19, but Germany’s private sector continued to recover as foreign demand provided a boost to manufacturing.

The eurozone – which is made up of 19 countries – saw economic recovery stall alongside rising coronavirus infections and as ongoing social-distancing measures curbed demand, especially for consumer-facing services.

Data provider IHS Markit said its Purchasing Managers Index (PMI) for composite output in the eurozone fell to 50.1 in September, from 51.9 last month, marginally offset by faster growth in Germany.

The PMI is a common gauge to measure business performance and economic direction of trends in an economy. A reading of 50 divides growth from contraction.

During economic downturns, readings as low as 45 are generally considered poor, while during expansion PMIs tend to linger in the mid-50s range. During the worst of the crisis, some European PMIs fell to as low as 10.

Read More: Morgan Stanley’s US equities chief nailed his call for a short-term market meltdown. He now lays out the evidence that it may not end soon – and shares 15 stocks to buy ahead of the rebound.

Read More: Wondering whether to go long on growth or value stocks? JP Morgan’s take on EPS estimates could help answer the question.

Germany’s manufacturing PMI jumped to a two-year-high of 62.2, up from 57.7 last month, boosted by sharply rising levels in export demand.

French business activity fell under the 50-point threshold that defines the extent of economic contraction.  Composite PMI for France fell to a four-month-low of 48.5 from 51.6, as the country struggled to contain surging new COVID-19 cases that have spiralled higher to record levels in recent weeks.

“The rise in case numbers has been accompanied by fresh restrictions, but has also caused hesitancy among businesses due to fears of a second round of temporary business closures,” Eliot Kerr, an IHS Markit economist, said in a statement. The UK also lost momentum in September, even before new measures to contain the virus were imposed on Tuesday.

Flash readings for the UK’s composite PMI fell to a three-month-low of 55.7, down from a more robust 59.1 in August, when government measures helped prop up the economy’s initial slump.

“August was likely a relatively good month for the UK recovery, helped by policy initiatives, such as the ‘Eat Out to Help Out’ scheme, but today’s September PMI data is consistent with slower economic growth once the scheme ended,” said Melanie Baker, a senior economist at Royal London Asset Management.

Chancellor Rishi Sunak providing continued support for workers when the furlough scheme ends would be “very welcome but any increased social distancing is likely to be a further short-term drag on growth moving into October,” Baker said.

Read More: A fund manager who’s returned 49% to investors this year with incredible market timing says the weakness in stocks is going to get worse

The US doesn't need extra stimulus in the economy for a V-shaped recovery, Trump adviser Kudlow says 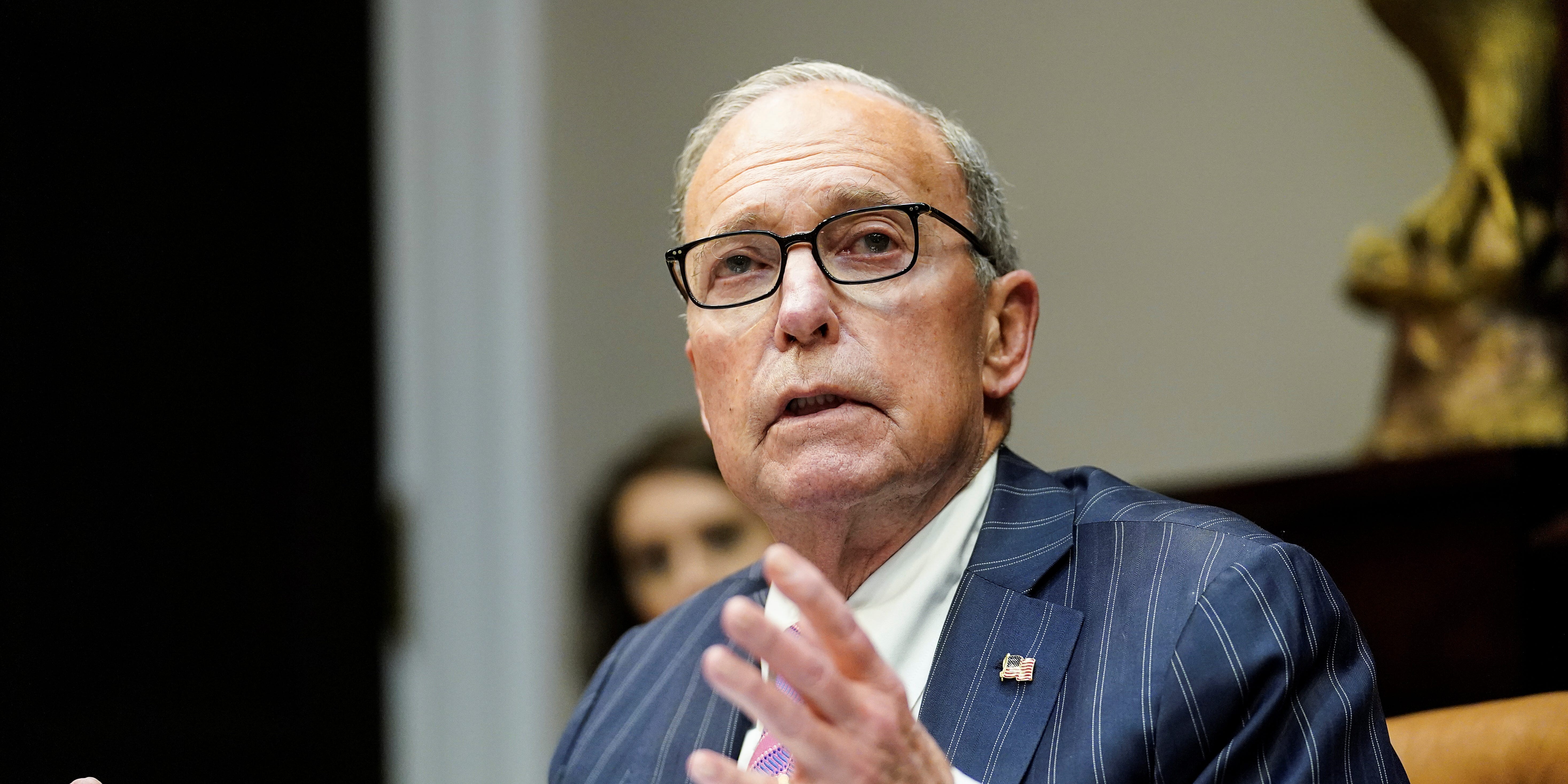