Goldman Sachs Group Inc. GS -1.20% shook up its executive ranks on Tuesday as Chief Executive David Solomon continues to put his mark on the firm. Stephanie Cohen, who has been Goldman’s chief strategy officer since 2017, was promoted to co-run the bank’s consumer banking and wealth management division as […]

shook up its executive ranks on Tuesday as Chief Executive David Solomon continues to put his mark on the firm.

Stephanie Cohen, who has been Goldman’s chief strategy officer since 2017, was promoted to co-run the bank’s consumer banking and wealth management division as part of a broader reshuffling two years into Mr. Solomon’s tenure. Her co-head will be Tucker York, a longtime executive in Goldman’s private bank, which caters to billionaires. The change marks the first time in years that a woman will run a major division at the firm.

The firm is also combining its money-managing arm, which invests cash for clients like pension funds and governments, with its private-equity business, which has historically invested Goldman’s own money in real estate and buyouts. It will be run by Eric Lane, a co-head of the former, and Julian Salisbury, a co-head of the latter.

Goldman Kremlinologists will find plenty to dissect in the moves. Ms. Cohen, a favorite of Mr. Solomon, gets a division to run—a must-have for executives with their eye on the C-suite. Mr. Salisbury caps a quick rise from running a niche proprietary investing arm to managing the bank’s second-largest business by revenue. Both are among a group of younger executives who might one day be in line for the CEO job.

Meanwhile, Tim O’Neill, consigliere to a string of Goldman CEOs dating back decades, will give up his job co-running asset-management with Mr. Lane to become a senior counselor.

Goldman was for years run as a loose collection of fiefs, with parallel power centers that ran up expenses and financial disclosures to shareholders that confused more than they explained.

In two years on the job, Mr. Solomon has collapsed those provinces into four relatively straightforward businesses that mirror peers like

& Co.: an investment bank that brokers corporate deals; a trading arm that buys and sells securities; a money manager that invests on behalf of pension funds and other clients; and a consumer arm that offers bank accounts, credit cards and investment products.

The hope is that simpler businesses will be easier to run and better-understood by investors, helping to juice a stock price that hasn’t budged in four years. A cleaner organization might presage a round of cost-cutting that is a strong suit of Mr. Solomon.

Asset management is a priority for the firm because it throws off steady fees, entails little risk and sucks up little capital, which means it has higher returns to shareholders. Goldman has managed to be large in the space—with $2 trillion under supervision, it is among the world’s 20 biggest fund managers—but not especially profitable.

Goldman seeks to add $350 billion in client assets over the next few years, including $100 billion in alternative funds, which invest in things like real estate, private equity and private credit.

Among other moves announced Tuesday, Harit Talwar, the

executive recruited five years ago to start Goldman’s consumer bank, Marcus, will be replaced by Omer Ismail, a 40-year-old deputy. The firm is pinning much of its growth on Marcus, which has gathered billions of dollars of consumer deposits and has pursued partnerships with

to bring in new customers.

Russ Hutchinson, an investment banker who caters to financial institutions and one of Goldman’s few Black partners, will take Ms. Cohen’s job as chief strategy officer, scouting for potential acquisitions and partnerships for the firm.

‘It’s the Economy, Stupid.’ But Which One?

Fri Oct 2 , 2020
Editor’s note: In this Future View, students discuss the core issue of this U.S. presidential election. Next week we’ll ask, “What’s Joe Biden’s most effective line of attack against Donald Trump? Which of his attacks miss the mark?” Students should click here to submit opinions of fewer than 250 words […] 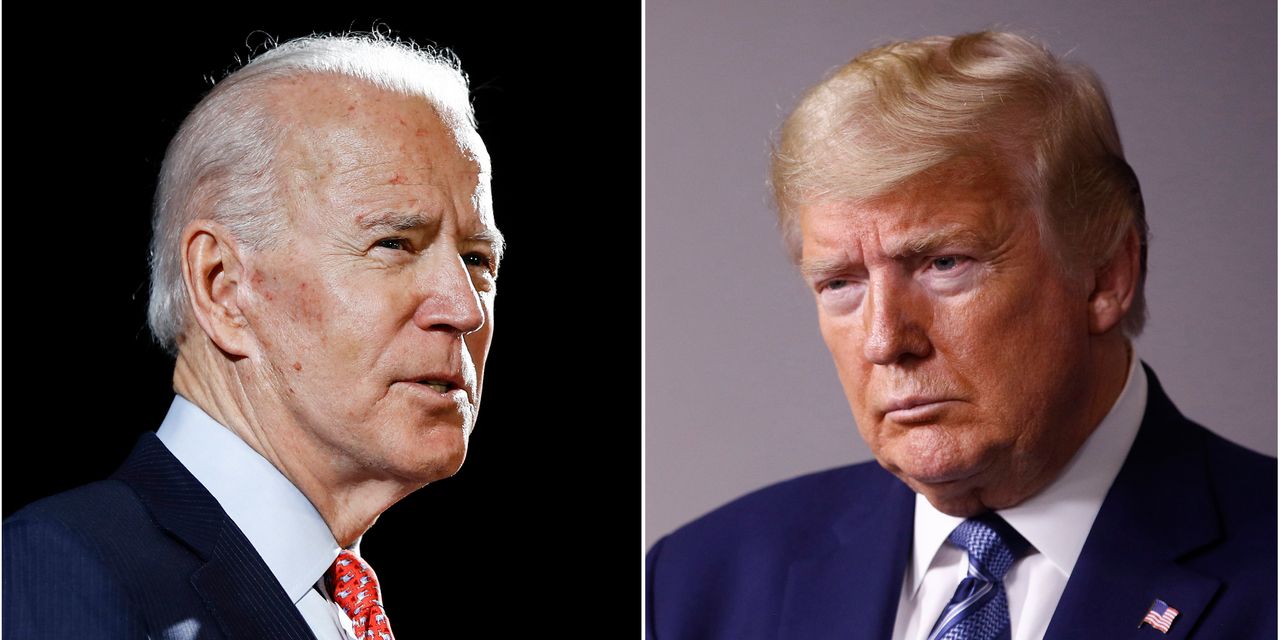