By Munsif Vengattil © Reuters/SERGIO PEREZ FILE PHOTO: Man stands near an IBM logo at the Mobile World Congress in Barcelona (Reuters) – International Business Machines Corp is splitting itself into two public companies, capping a years-long effort by the world’s first big computing firm to diversify away from its […]


(Reuters) – International Business Machines Corp is splitting itself into two public companies, capping a years-long effort by the world’s first big computing firm to diversify away from its legacy businesses to focus on high-margin cloud computing.

IBM will list its IT infrastructure services unit, which provides services including technical support for data centers, as a separate company with a new name by the end of 2021.

Shares of the company were up 7% in early trading on the move by Chief Executive Officer Arvind Krishna, who also engineered IBM’s $34 billion acquisition of cloud company Red Hat last year.

In a blog, Krishna called the move a “significant shift” in the 109-year-old company’s business model.

“IBM is essentially getting rid of a shrinking, low-margin operation given the cannibalizing impact of automation and cloud, masking stronger growth for the rest of the operation,” Wedbush Securities analyst Moshe Katri said.

The company has shifted focus to cloud growth in recent years, aiming to make up for slowing software sales and seasonal demand for its mainframe servers.

Krishna, who replaced Ginni Rometty as CEO in April, said IBM’s software and solutions portfolio would account for the majority of company revenue after the separation.

IBM said it expects to incur nearly $2.5 billion in expenses related to the unit spin-off.

The company also said it expects third-quarter revenue of $17.6 billion and an adjusted profit per share of $2.58, roughly in line with Street estimates.

(Reporting by Munsif Vengattil in Bengaluru; Editing by Ramakrishnan M.)

WHY IS THE MARKET SO STRONG & ECONOMY SO WEAK

Thu Oct 8 , 2020
The continuing strength of the stock market, even as the coronavirus pandemic batters the U.S. economy, has baffled many investors. The Dow Jones Industrial Index fell some 35% in 20 trading days the first three weeks of March as COVID-19 began spreading rapidly globally, but it has since gained nearly […] 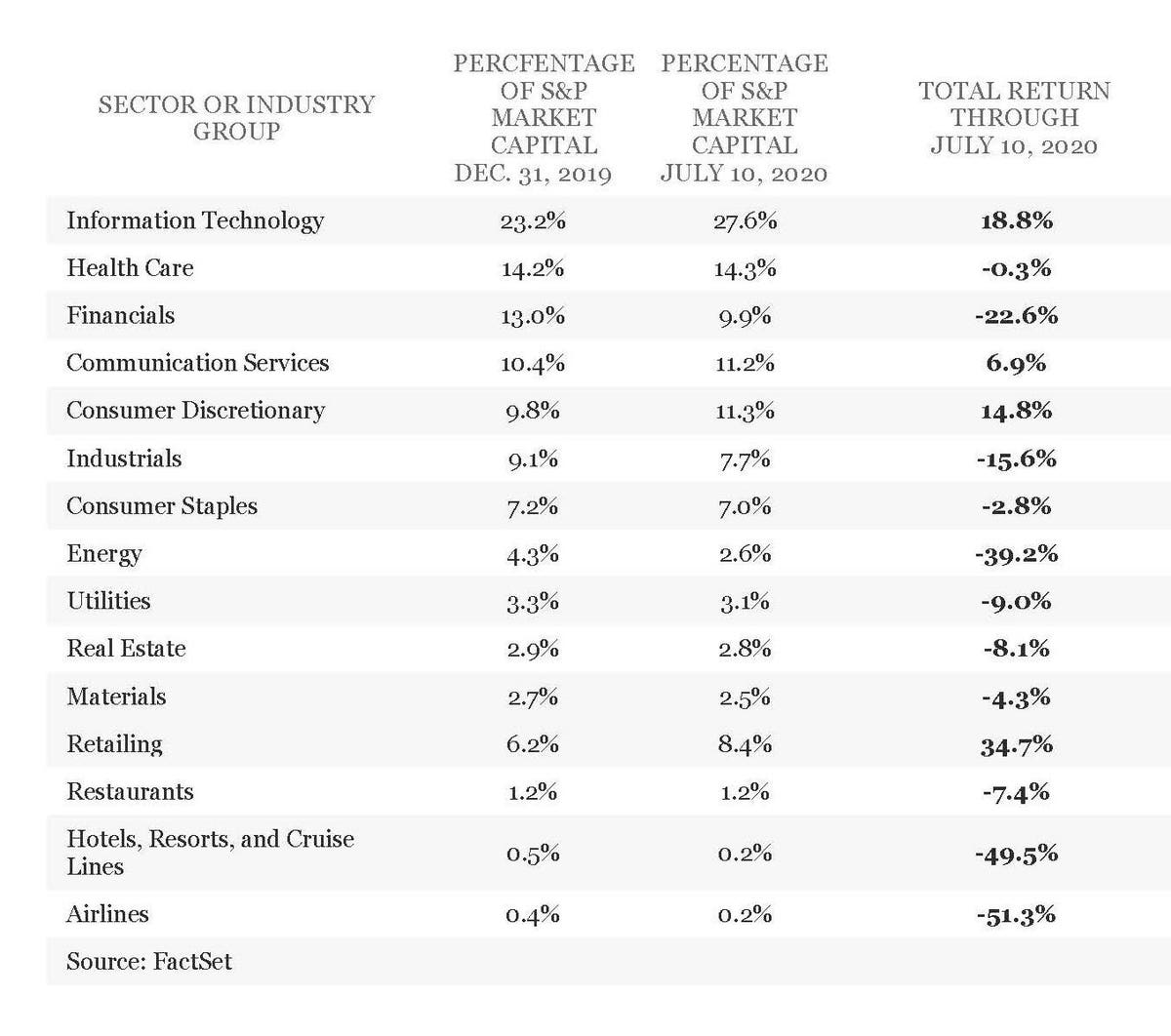