(Bloomberg) — Tata Consultancy Services Ltd. announced a share buyback of as much as 160 billion rupees ($2.2 billion) after posting worse-than-expected results Wednesday as its biggest clients remained reluctant to spend on technology, while grappling with global market and economic uncertainty. The decision came as Asia’s largest software outsourcing […]

Tata Consultancy Services Ltd. announced a share buyback of as much as 160 billion rupees ($2.2 billion) after posting worse-than-expected results Wednesday as its biggest clients remained reluctant to spend on technology, while grappling with global market and economic uncertainty.

The decision came as Asia’s largest software outsourcing provider reported a 7% fall in net income to 74.7 billion rupees in the quarter ended September, compared with an estimate of 78.4 billion rupees.


Like Infosys Ltd. and Wipro Ltd., TCS is struggling to serve global financial services giants and corporate clients after a nationwide lockdown forced hundreds of thousands of their employees to work from home. IT budgets are loosening as lockdowns ease globally, but the bounce-back has been uneven given lingering economic uncertainty.

Other than the health-care sector, we expect most other industries may see weak sales, albeit better than the previous quarter. Meanwhile, management could point to improving business conditions and greater interest from clients in modernizing their IT infrastructure and applications, which could translate into better funding in 2021.

Chief Executive Officer Rajesh Gopinathan expressed cautious optimism. “The recovery is happening a quarter earlier than we expected, it is sustainable and has strong legs,” Gopinathan said in a post-earnings briefing. “But we are not fully out of the woods and need to be careful on the economic and health fronts.”

Gopinathan said he sees continued acceleration in client spending on digital services such as cloud migration, security and digital collaboration tools for customers and employees.

Longer term, India’s $181 billion tech outsourcing industry may have to deal with the unpredictability surrounding its U.S. business, including a trend of increasing automation and difficulties obtaining visas for employees in the U.S., undermining a model that relies on sending thousands of people to work alongside clients overseas. The Trump administration is narrowing the jobs that qualify for H-1B specialty occupation visas, part of what officials say are the most significant reforms to the program in 20 years. As many as a third of all H-1B petitions would likely be rejected under the new measures, officials estimate.

Gopinathan said in Wednesday’s briefing that the company is still studying the changes but they won’t alter the way it works. “We are quite confident about our business model,” he said.

TCS’s shares, which spiked after it announced its buyback proposal, have gained more than 25% this year, lagging Infosys’s 44% rise but well ahead of the benchmark Sensex Index’s decline.

Wed Oct 7 , 2020
Meghan Rivera Brings Strong Track Record of Award-winning Disruptive Healthcare Launch Experience Akili today announced the expansion of the company’s executive team with the appointment of Meghan Rivera to the role of Chief Marketing Officer. In the newly created position, Rivera will lead marketing and sales of EndeavorRx, the company’s […] 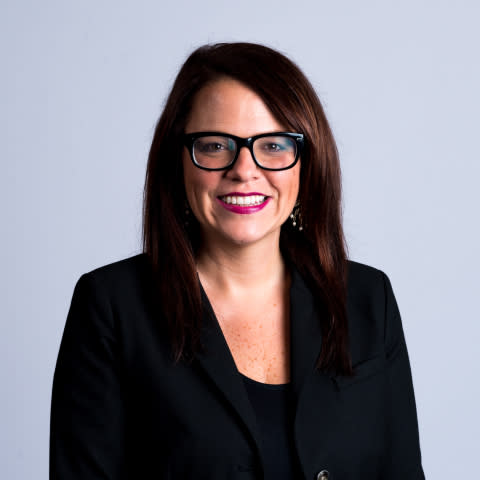