Editor’s note: In this Future View, students discuss the core issue of this U.S. presidential election. Next week we’ll ask, “What’s Joe Biden’s most effective line of attack against Donald Trump? Which of his attacks miss the mark?” Students should click here to submit opinions of fewer than 250 words […]

Editor’s note: In this Future View, students discuss the core issue of this U.S. presidential election. Next week we’ll ask, “What’s Joe Biden’s most effective line of attack against Donald Trump? Which of his attacks miss the mark?” Students should click here to submit opinions of fewer than 250 words before Oct. 6. The best responses will be published that night.

The election will hinge on the question of the president’s economic stewardship. An election-year recession has historically been a death knell for the incumbent, but this one could be an exception if Americans are persuaded that the Chinese Communist Party, not President Trump, is responsible for Covid-19 and the economic collapse it sparked.

Before the pandemic, the middle class saw strong economic gains. U.S. median household income reached its highest point ever at $68,700 in 2019, growing by 6.8%, the greatest annual percentage increase on record. Since the Covid-19 unemployment peak in April of 14.7%, the economic recovery has been fairly rapid compared with the 2007-09 recession, a result for which Mr. Trump can take some credit. The initial estimate of third-quarter U.S. gross domestic product numbers will be released Oct. 29, five days before the election. The figure is expected to be substantial. The Federal Reserve Bank of Atlanta currently predicts 7.2% GDP growth for the quarter, a huge rebound from a 9.5% second-quarter decline. Will voters notice?

This election comes down to Donald Trump. Joe Biden is trying to make him the central issue, and President Trump is only too happy to comply. Voters will have to decide what they make of the man.

If Americans fixate on the president’s character and competence, the poll numbers speak for themselves. Most Americans, including some who supported Mr. Trump in 2016, disapprove of his conduct in office. Some find the Republican platform reasonable but believe that four more years of President Trump would signify a breakdown in the democratic process, a dangerous failure to filter out irresponsible candidates. But what about policy? Mr. Trump will ask voters to judge him on his well-documented record, three years of governance before an unforeseeable pandemic hit.

Even though voters are asked to choose between two candidates, almost all of them, on both sides, will cast their ballots thinking about Mr. Trump.

James Carville’s famous phrase from 1992 holds true in 2020. Despite the recent passing of Justice Ruth Bader Ginsburg, the social unrest and the danger of Covid-19, the economy remains issue No. 1. With unemployment above 8%, businesses on the brink and little clarity on the path out, it isn’t hard to see why.

So long as Americans vote on how the economy looks now, Mr. Trump is in trouble. But voters may also take into account the past and the future. In the past, before the pandemic struck, voters will find perhaps the best economy in U.S. history, with record low unemployment numbers, wage gains and stock-market highs.

In the future, voters may judge that the economy would deteriorate further under Mr. Biden and the far-left Democrats who would influence his administration. Mr. Biden has already proposed a $4 trillion tax increase and met Rep. Alexandria Ocasio-Cortez’s Green New Deal halfway. These policies could crush a fragile recovery.

Click here to submit a response to next week’s Future View.

American and United airlines plan to furlough 32,000 workers as time runs out on federal aid

Fri Oct 2 , 2020
American Airlines and United Airlines say they will begin to furlough 32,000 employees after lawmakers and the White House failed to agree on a broad pandemic relief package that includes more federal aid for airlines. American Airlines CEO Doug Parker said that if Washington comes up with a deal with […] 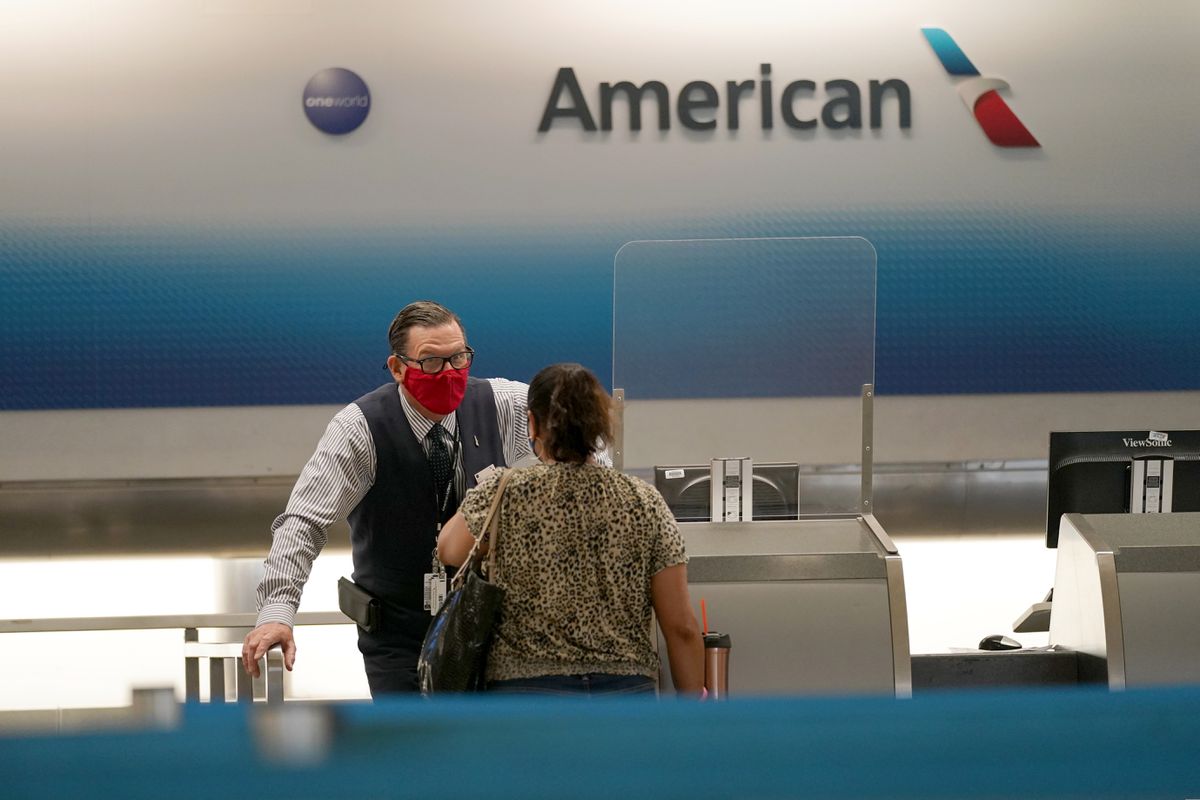