However, the upper fare limits set by the government for economy class seats would not be applicable on the premium economy class seats, according to a ministry order dated October 5 which was accessed by PTI. The Ministry of Civil Aviation (MoCA) had on May 21 placed upper and lower limits on domestic airfares through seven bands, classified on the basis of flight duration, till August 24. Later, it was extended till November 24.

Among the Indian domestic carriers, only Vistara has premium economy class seats in its flights. Domestic passenger services resumed in India on May 25 after nearly two months of suspension owing to the coronavirus pandemic situation.

Modifying its May 21 order, the MoCA in its October 5 communication stated, “The fares indicated… are not applicable for business class and premium economy class. However, in premium economy class, the lower fare band would be applicable.” The ministry had on May 21 said that there would be seven bands of ticket pricing with lower and upper fare limits based on flight duration.

It had imposed the fare limits to make sure that passengers were not charged beyond a certain limit amid the coronavirus pandemic and there was no predatory pricing among the airlines as their financial condition was bad due to the pandemic.

The Median Household Will Pay More under Biden-Harris Tax Plan

Tue Oct 13 , 2020
No one can doubt that Joe Biden plans to raise taxes on households earning over $400,000. The question is how the Biden-Harris tax plan, if implemented, would affect households earning less than $400,000. On cue, during last Wednesday’s debate, Senator Harris and Vice President Biden sparred over the subject. The […] 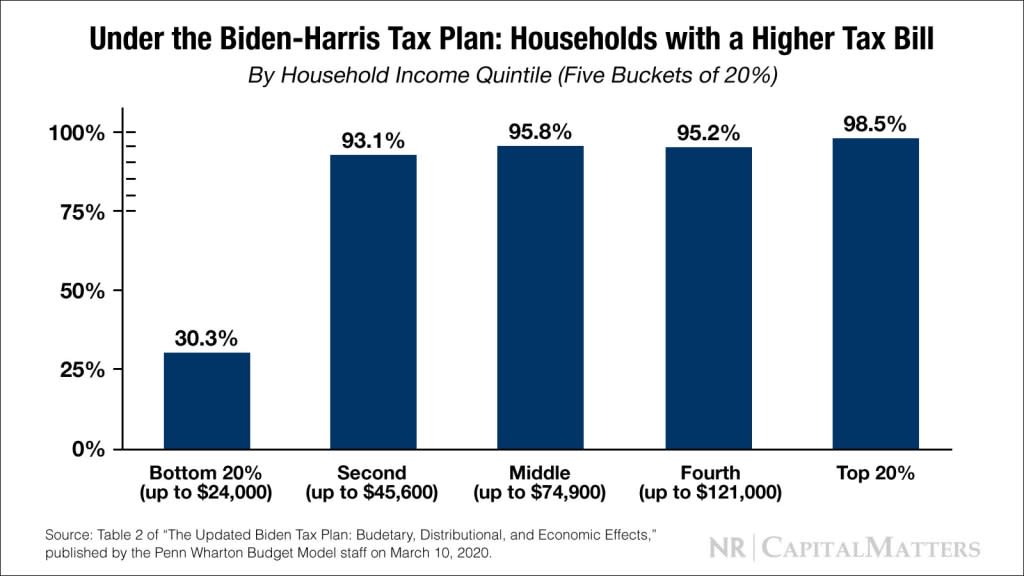