A majority of the Football League believe the Government rather than the Premier League should take primary responsibility for helping them avoid an impending financial crisis, according to a Mail on Sunday survey of the 72 clubs below the top tier. The most dire forecasts from those who responded were […]

A majority of the Football League believe the Government rather than the Premier League should take primary responsibility for helping them avoid an impending financial crisis, according to a Mail on Sunday survey of the 72 clubs below the top tier.

The most dire forecasts from those who responded were from a group of League One and League Two clubs who fear that without fans or any external assistance, they may go bust by early 2021.

‘Things could get extremely difficult as early as January,’ one club told us, asking for anonymity. ‘There would be a possibility of going out of business.’ 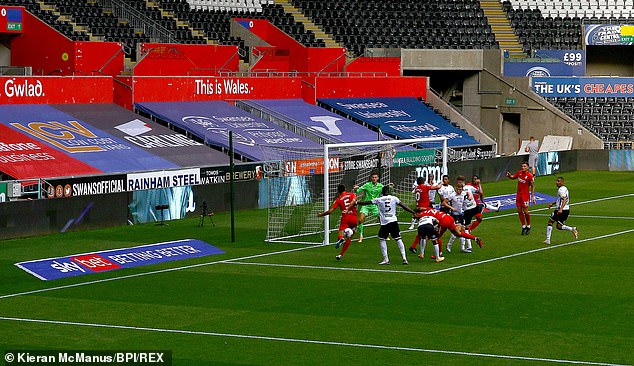 Andrew Parkinson, the chief-executive of League One side Plymouth Argyle, hopes a rescue plan can materialise. But he added: ‘We can manage to play games without fans but it is not indefinite… if we stop football completely, survival without revenue and continued fixed costs such as player wages would make the situation untenable.’

Yet in a body blow to any chance of a swift funding resolution, a Government source has told this newspaper: ‘We are aware of the strength of feeling but help has already been provided via the furlough scheme and other business assistance. It has been made clear we expect the Premier League and EFL to work out a solution between them.’

The source said the decision to prevent fans attending games was under constant review and they may be back sooner than expected if Covid-19 stops spreading.

It is felt that fans are only being kept away here because of ‘the optics’. One source said: ‘It seems ridiculous that thousands are congregating indoors at supermarkets, gyms, pubs, restaurants and cinemas but meticulously organised outdoor gatherings of a small part of a stadium capacity can’t go ahead. This Government just seems to have a problem with football.’

The MoS survey asked each club how much revenue they would lose if no fans attend games this season; how many jobs might be at risk; whether they might go bust, and when; how they have helped their communities during the pandemic; and what assistance they would like, and from where. 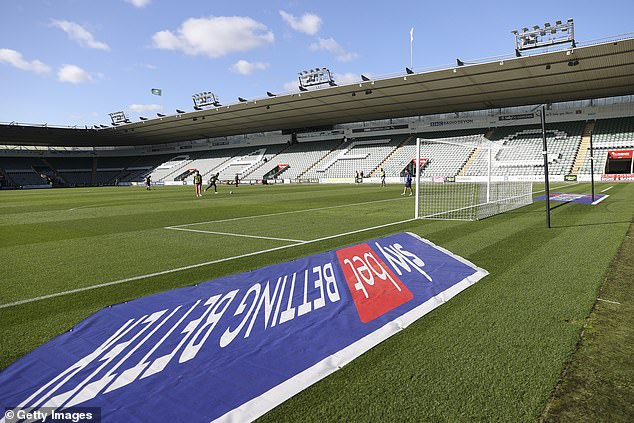 Northampton Town of League One’s response to the last question was broadly echoed by every club who responded. A spokesman said: ‘We would look to the Government for assistance — our industry has been restricted from trading by decisions taken by the Government… All solutions need to be considered and if the Premier League can distribute funds down the pyramid without it placing their own clubs at risk then this should be explored.’

PL clubs will lose more than £800million from matchday and related income without fans this season, and hundreds of millions more in rebates to TV companies.Richard Masters and Rick Parry, respectively the chief-executive of the PL and chairman of the EFL, have already held face-to-face talks about how the PL can help. The EFL say £250m will make up the £50m losses their 72 clubs incurred in 2019-20 plus £200m forecast losses for 2020-21.

But the PL, while committed to helping, are reticent to give away money without guarantees it will save clubs in genuine peril, and believe the Government should chip in. The PL already gives EFL clubs more than £400m annually in parachute payments, solidarity fees and academy grants. In this transfer window, PL clubs have spent £200m on EFL players, boosting coffers, albeit mainly in the Championship, and will likely spend more in the ‘extra domestic window’ that lasts a fortnight.

‘There’s also pushback from clubs expected to struggle this season about giving away millions to clubs challenging for Championship promotion,’ said one source. ‘It seems illogical to give a handout to a club that is effectively your direct rival for a place in next season’s PL.’ 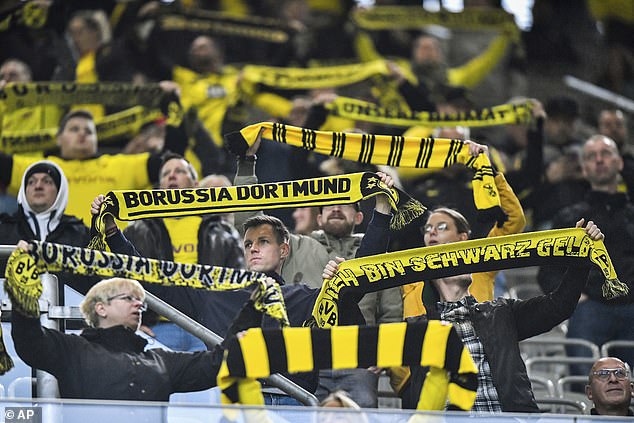 Fans have returned in Germany with 11,000 watching Borussia Dortmund on Saturday

Brighton chief-executive Paul Barber added: ‘It’s not simple and there is a huge amount of money that flows from the PL to the EFL. Because of promotion and relegation it’s even more complex. It sounds selfish but it’s not: our first priority and my fiduciary responsibility… is to protect my own business and staff. But that’s not to say I don’t care about clubs outside the PL. I absolutely do.’

Ten Championship clubs have billionaire owners and only four have fortunes lower than £100m.

The case for Government help for the EFL is compelling in terms of what clubs contribute to their communities and the exchequer. The 72 clubs provide some 15,000 jobs directly, collectively, and pay around £500m in taxes a year, and help to generate hundreds of millions of pounds per season to local businesses on match days.

Without exception, every club responding to our survey has directly helped the NHS this year (providing premises or donations), helped fans and / or delivered food packages, medicines or PPE.

The EFL clubs told us, depending on size, they would require between £500,000 and £15m to recoup lost matchday income with no fans this season. Government intransigence might change, one source said, if the PL made a specific pledge of funds, but only if it was match-funded by the people stopping fans going to games: the Government.