GRAND RAPIDS, MICHIGAN – OCTOBER 02: Joe Biden in Grand Rapids, Michigan. (Photo by Chip … [+] Somodevilla/Getty Images) Getty Images Raising taxes will not be good for the economy, but there is less reason for worry than many conservatives believe. This article explores—from a forecaster’s viewpoint, not a campaigner’s […]

Raising taxes will not be good for the economy, but there is less reason for worry than many conservatives believe. This article explores—from a forecaster’s viewpoint, not a campaigner’s viewpoint—what taxes will do to the economy if Joe Biden is elected president.

Biden’s election is far from a sure thing, though he’s currently ahead in the polls. Remember that Hilary Clinton was ahead before the last election. In fact, on election day 2016 I put the final touches on an article entitled “The Economy Under President Clinton.” I planned to publish as soon as I checked the early election returns, but fortunately I never did. So consider that this article may become totally irrelevant in a month. President Trump is an excellent campaigner, a truth that’s hard to see by those who are disgusted by his personality.

The Senate is the greatest wild card in the policy outlook. At this writing, control of the Senate is a toss-up according to Larry Sabato. Republican control would lead us to gridlock. And even if Democrats have a majority, it will be a narrow majority. Bills may have to be watered down to keep all senators in line, especially those whose electoral majorities were slim. If the economy remains weak when tax hikes come up for a vote, more Democratic senators may decline to support the new president.

Before delving into Biden’s policies, recall that campaign promises do not equal action. Although President Obama did succeed in passing a health care bill, he did not disentangle the U.S. from the Middle East, nor did he reduce the power of the White House relative to Congress, as promised in campaign speeches. And before him, George W. Bush had pledged on the campaign trail not to engage in nation-building overseas, then as president attacked Saddam Hussein and tried to build a stable democracy in Iraq.

With those caveats, Biden’s greatest impact on the economy would be through tax increases. Biden proposes raising corporate tax rates, raising personal tax rates in the top bracket and raising tax rates on investment income for high-income taxpayers, He also proposes a series of tax credits, including for health insurance, child care, senior care and buying first homes.

Newspaper accounts of tax proposals typically look at how many dollars change hands, and to or from which hands. Those economic impacts are trivial. The big impacts come from incentives. Taxes discourage whatever activity is being taxed. Income taxes discourage working and investing. Property taxes discourage property development. Sales taxes discourage purchases of retail goods. But the greatest impact on economic growth comes from taxes on investment income. That’s because greater investment in productive capacity increases the value of labor. Although we sometimes think of capital and labor competing with one another, they are actually complements. The more you have of one, the more valuable the other.

Tax changes do not overwhelm all other parts of a decision, of course. But there are always people on the fence. A small business owner may be weighing whether to reinvest earnings in the company, or take the cash out and stash it somewhere safe. For these people uncertain about their direction, a tax change can make a significant difference.

The second greatest impact on economic growth comes from taxes on labor. The Biden proposals raise tax rates on for those earning $400,000 a year or more. Most people wo not change their work decisions based on tax rates, but a few do. Some people are right on the edge about whether to retire or not. Others may be uncertain whether to work extra hours for overtime or bonuses. For them, higher tax rates push the decision. The result will be fewer doctors practicing in their later years and fewer small businesses owners expanding their companies.

These incentive effects don’t happen immediately, though. They accumulate over time, with longer time lags for decisions involving investment.

Biden supporters argue that the spending enabled by the tax hikes will be beneficial to the economy. That may be true, but it may not be. Private sector spending is tested in the marketplace, and useless spending is stopped. Government spending is tested by politics, with many useless projects continuing because of regional and industry interests that benefit from them. In a good debate about Trump’s and Biden’s plans, Austan Goolsbee argues that spending money on child care will stimulate the economy by making more labor available. That may be arithmetically true but it is substantively false.

Imagine a parent who finds that working does not pencil out due to the cost of child care. A tax credit makes child care more affordable, and the parent gets a job. But the real cost of child care has not fallen; it’s just been shifted to others. We may see more dollars in the economy, but we won’t see net economic benefits. So the argument of benefits from spending is possibly true, but unlikely in the real world.

Overall, it’s unlikely that the economy would swing into recession just because Joe Biden gets elected. And even if his tax increases are enacted, economic growth is likely to continue, just at a slower rate of gain.

Taxation is actually too narrow a concept regarding the burden of government spending. Milton Friedman argued that total government spending should be our focus, rather than taxes. When taxes don’t cover spending, then citizens are burdened through government borrowing or inflation.

Federal spending grew rapidly even before the pandemic. In the federal fiscal year ending September 30, 2019, outlays increased by 8.3%, the highest rate since the massive stimulus of 2009, and the second highest increase since 1986. The pandemic year saw even greater spending increases. It’s quite possible that a Biden administration would not increase spending more than the Trump administration did, especially if defeat of Donald Trump leads Republicans back to their traditional fiscal conservatism.

Finally, this article does not argue for a vote one way or the other. Economic impacts from presidential decisions go well beyond taxes and spending to include regulatory policy and international trade. And there are many other important issues in selecting a president, such as foreign policy, civil liberties and the rule of law. Good arguments can be made against both candidates. Hold your nose and make your selection.

What we know about the plan to kidnap Michigan Gov. Gretchen Whitmer

Thu Oct 8 , 2020
A total of 13 men, including a dozen from Michigan with affiliations to a state militia known as the Wolverine Watchmen, are accused of plotting to kill police officers, attack the state Capitol in Lansing, abduct Michigan Gov. Gretchen Whitmer and commit other violence with the hopes of sparking a […] 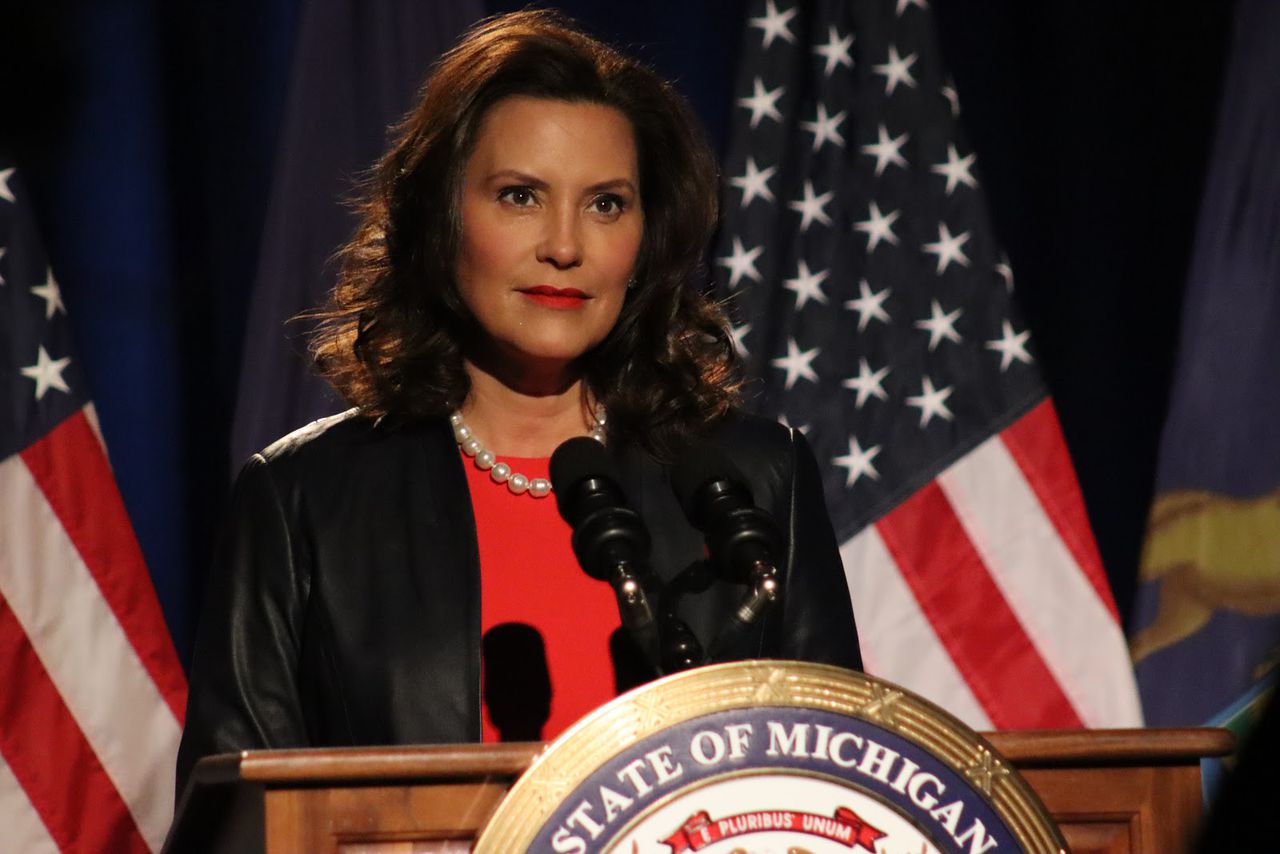