No one can doubt that Joe Biden plans to raise taxes on households earning over $400,000. The question is how the Biden-Harris tax plan, if implemented, would affect households earning less than $400,000. On cue, during last Wednesday’s debate, Senator Harris and Vice President Biden sparred over the subject. The […]

No one can doubt that Joe Biden plans to raise taxes on households earning over $400,000. The question is how the Biden-Harris tax plan, if implemented, would affect households earning less than $400,000. On cue, during last Wednesday’s debate, Senator Harris and Vice President Biden sparred over the subject.

These estimates come from the Penn Wharton Budget Model at the University of Pennsylvania’s Wharton School of Business, not exactly a friend of President Trump’s economic agenda.

When I was at President Trump’s White House Council of Economic Advisers, in fact, we explicitly criticized the Penn Wharton Budget Model’s estimates of the effects of the 2017 Tax Cuts and Jobs Act. If the Penn Wharton Budget Model produces estimates inconvenient for the Biden-Harris agenda, then, they’re likely to be inconvenient truths. Not results of cherry-picked assumptions.

These estimates — produced in March 2020 as part of an analysis of the Biden-Harris tax agenda — were updated in September 2020 with a comprehensive look at the entire Biden-Harris economic agenda. The “updated” analysis, however, did not include estimates specifically of how many households in each income quintile faced tax increases. At least none that the public can see.

By all indications, however, there is no reason to expect March 2020’s numbers on households facing tax hikes under the Biden-Harris plan to have changed by September 2020. The specific provisions that drove these estimates in March 2020 were still there in September. The numbers also, it seems, line up. In March, they estimated that the plan would raise between $3.1 and $3.7 trillion in revenue over 10 years. In September, they estimated that the plan over 10 years would raise $3.4 trillion — the exact midpoint that represents the average of $3.1 and $3.7 trillion. At the quintile level, Penn Wharton changed its verbiage for describing average tax hikes between March and September. So far as I can discern red from orange and compare apples to apples, however, the tax hikes for each quintile in September’s analysis are within a tenth of a percentage point of what was reported in March. So what’s under the hood of September’s estimate appears more-or-less identical to what was there in March.

Doubt tends to be the natural response to statistics that surprise. But if these numbers surprise you, your natural doubt may here lead you astray. A chasm between public perception and reality on tax policy, according the New York Times, emerged during President Trump’s first term. “If you’re an American taxpayer, you probably got a tax cut last year. And there’s a good chance you don’t believe it,” Ben Casselman and Jim Tankersley, economics journalists at the Times, wrote in April 2019, about the effects of the Tax Cuts and Jobs Act. “To a large degree, the gap between perception and reality on the tax cuts appears to flow from a sustained — and misleading — effort by liberal opponents of the law,” they conclude.

Now, Vice President Joe Biden is campaigning on a repeal of the legislation that produced a broad middle-class tax cut. He, like many who told you that the 2017 legislation didn’t cut your taxes, now claims this repeal won’t raise your taxes. Now, then, it seems Vice President Biden and Senator Harris are lying about the likely effects of their tax plan.

As the saying goes “fool me once, shame on you. Fool me twice, shame on me.” Don’t be fooled a second time.

Tue Oct 13 , 2020
The UK government has been forced to apologise over a ‘crass’ advertising campaign which suggested a ballet dancer could “reboot” their career by moving into cyber security. The advert, part of the Government’s Cyber First campaign, featured a young dancer tying up her ballet pumps alongside the caption: “Fatima’s next […] 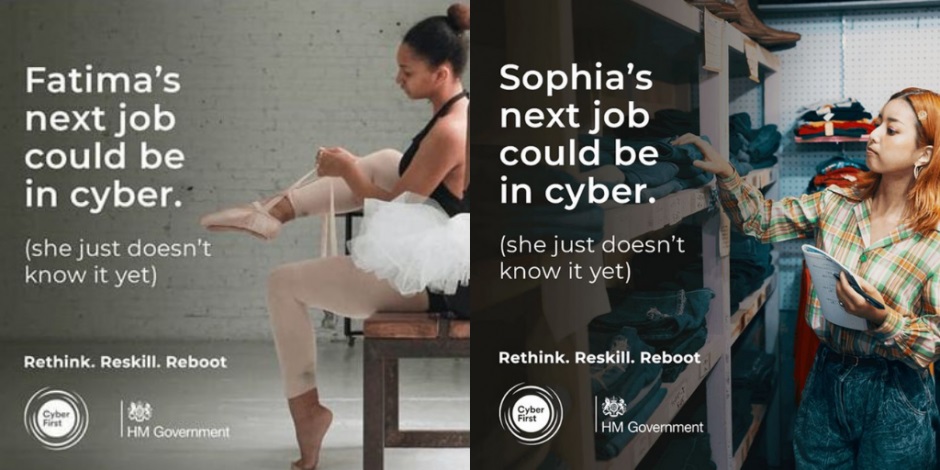