© Provided by Quartz SpaceX launches a GPS satellite for the US government in 2020. The new space economy is built on two things: Government contracts and venture funding. Neither provides the kind of funding that might enable stable and sustainable economic development. The folks at the US military in […]

© Provided by Quartz
SpaceX launches a GPS satellite for the US government in 2020.

The new space economy is built on two things: Government contracts and venture funding. Neither provides the kind of funding that might enable stable and sustainable economic development.

The folks at the US military in charge of obtaining innovative technology think one of the solutions is better engineering—the kind of better financial engineering found in markets for agricultural products, oil, and other staple goods.

“Unless you’re in telecommunications, the bulk of the space economy is kind of a false economy,” Air Force general Steven “Bucky” Butow, who directs the space portfolio at the Defense Innovation Unit, tells Quartz. “It’s also mostly funded by either billionaires or venture capital investments; it doesn’t really benefit from the full scope of other financial services or investment types that are out there.”

That problem led Butow to Bruce Cahan, a lawyer and former banker who runs the nonprofit Urban Logic and teaches finance and ethics to engineers at Stanford University. In 2012, a grad student studying how lunar dust could be used to make a kind of concrete on the moon asked him how to finance a start-up in space. Cahan developed ideas for a space commodities exchange and space bonds to expand financing options for entrepreneurs, which would eventually find their way into Butow’s 2020 report on the space industrial base (pdf).

“I constantly bridge the vocabulary of engineers and finance,” Cahan tells Quartz. “So I’ve come up with phrasing like ‘financial engineering’ to nudge engineers to ask, ‘where can the money for my space technology come from other than the government?’”

The problem with venture capital is that most funds operate on a three to five-year time horizon. It’s an understatement to say that most space technology projects take much longer.

“Space presents a classic finance time-matching challenge: We want and need to build essentially infrastructure assets today that pay for themselves and their technologies over lifecycles of many decades,” Cahan says.

One major reason this problem has been avoided so far are large, long-term government contracts to space contractors. But officials like Butow are eager to see private investment take a larger role, in part because of a belief that such initiatives are more efficient than big government programs.

So what is a space commodities exchange? It would function like any other commodities market, allowing participants to make bets on delivery of future goods and services. The “commodities” in question could be rocket launches, payload delivery, spacecraft fuel, debris removal, data connections, or even moon rocks and space-manufactured goods.

In one hypothetical, a market to buy and sell rocket launch futures would allow satellite makers to buy cheaper insurance against launch failures and delays, the same way a market for corn futures allows farmers to hedge against gluts and droughts.

“By making a financial commodity of the risks the space entrepreneur doesn’t control, they can conserve their company’s limited venture capital equity to cover the development and other risks that their technology can control,” Cahan says.

The key is standardizing the definitions of these goods so they can be traded effectively. One reason existing exchanges haven’t jumped into the fray is the challenge of unifying the industry around precise contractual language.

“Ultimately, the commodities trading systems that are used by terrestrial economies can certainly be used by the Space Commodities Exchange,” Cahan says. “But the actual defining of what is it that’s been traded, the contractual terms on which it would trade, and the network members trusted to trade on the Exchange, all are details that the space community should come together to define for itself.”

If it can do that, then access to debt financing for space companies could become far more prevalent. Borrowing can generate cheaper capital for companies than selling equity, yet few long-term investors are prepared to lend to space projects on a long-term scale. A space commodities exchange can help fix this problem by reducing uncertainty with public, transparent data about supply and demand, allowing for more reliable underwriting.

The trick, then, is bringing together the space companies, non-space companies from mining firms to Microsoft, and Wall Street to create a Board of Trade. Cahan has been briefing executives, military officials, and industry consultants, arguing that an exchange will provide vibrant financing for a US space industry.

“Then, we can have an adult conversation about how everyone is going to play their role in space and pursue the parts of the space economy that they value with greater certainty in 2030 or 2040,” he says.

A version of this story first appeared in our Space Business newsletter.

Sat Sep 26 , 2020
A $472 million fund for schools across Oregon was depleted to $150 million due to falling revenues caused by the pandemic. SALEM, Ore. — The Student Success Act passed in 2019 was described as historic, unprecedented and 20 years overdue. Senator Barbara Smith-Warner (D) was a champion of the legislation and […] 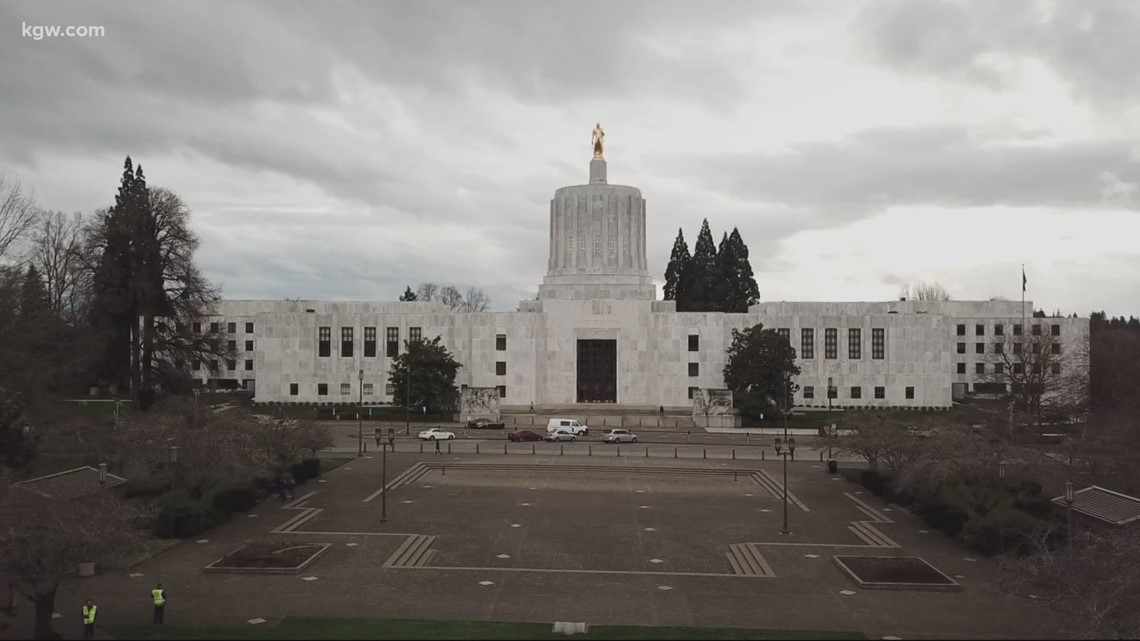