President Trump visited California on Monday for a briefing on the wildfires. He has blamed the fires on poor forest management, while Democratic challenger Joe Biden has focused on climate change. SACHA PFEIFFER, HOST: President Trump says the solution for fires in the West is simple; the answer is better […]

President Trump visited California on Monday for a briefing on the wildfires. He has blamed the fires on poor forest management, while Democratic challenger Joe Biden has focused on climate change.

President Trump says the solution for fires in the West is simple; the answer is better forest management. Trump visited California today as the state’s largest fire in recorded history continues to burn. He refused to link the fires to climate change, while his Democratic challenger, Joe Biden, made that connection right away. NPR White House correspondent Tamara Keith joins me now with more.

PFEIFFER: Would you walk us through what the president had to say about this today?

KEITH: So let’s just say that President Trump really was not there to talk about climate change and how it might be contributing to natural disasters. He was there to do what President Trump typically does in the face of a natural disaster, which is probably one of the most traditionally presidential things he does. He cheered on the firefighters and first responders. He held a ceremony to honor the California National Guard troops responsible for that harrowing rescue by air of the campers trapped by wildfires. And he thanked FEMA for their work. He got a briefing on the status of the fires.

And then he talked about something that he seems to bring up every time there is a major wildfire, which is his theories about fire prevention. He says that when the trees get very dry, they can just explode. And he says that there are dry leaves on the ground of the forest and that they need to be swept up or taken out and that you could prevent fires from being so bad if you cleaned the forests better. He’s often tried to blame California for this, though most of the state’s forested land is on federal and private property.

And he got a little bit of an earful from California politicians – the governor, Gavin Newsom, and also the state’s Natural Resources secretary, Wade Crowfoot, who said that he was ignoring a big part of the story – climate change. Crowfoot pressed him on it and said, sure, we agree on forest management – that it needs to be better, but that isn’t the whole story – which led to quite an exchange.

WADE CROWFOOT: If we ignore that science and sort of put our head in the sand and think it’s all about vegetation management, we’re not going to succeed together protecting Californians.

CROWFOOT: I wish science agreed with you.

KEITH: For President Trump, this is very on brand. He pulled out of the Paris climate accord. He says that efforts to try to address climate change are a mistake that will hurt the economy. And President Trump clearly sees this as a political winner, especially in states like Pennsylvania and Texas that have large fossil fuel industries.

PFEIFFER: What was the response from Joe Biden?

KEITH: Well, he went straight to the idea that these fires and other disasters are connected to climate change. In his remarks, he drew those connections to the hurricanes, the hurricane headed towards Louisiana. And he criticized President Trump for not listening to scientists, saying that that’s putting Americans at risk.

Copyright © 2020 NPR. All rights reserved. Visit our website terms of use and permissions pages at www.npr.org for further information.

NPR transcripts are created on a rush deadline by Verb8tm, Inc., an NPR contractor, and produced using a proprietary transcription process developed with NPR. This text may not be in its final form and may be updated or revised in the future. Accuracy and availability may vary. The authoritative record of NPR’s programming is the audio record.

NY economy shrinks by 36.3% during April-June because of COVID shutdown

Sun Oct 4 , 2020
New York was among the states with the biggest drop in economic activity in the April-June period as businesses shut down to slow the spread of the coronavirus, according to data released Friday. The federal Bureau of Economic Analysis reported New York’s gross domestic product fell 36.3% in the second […] 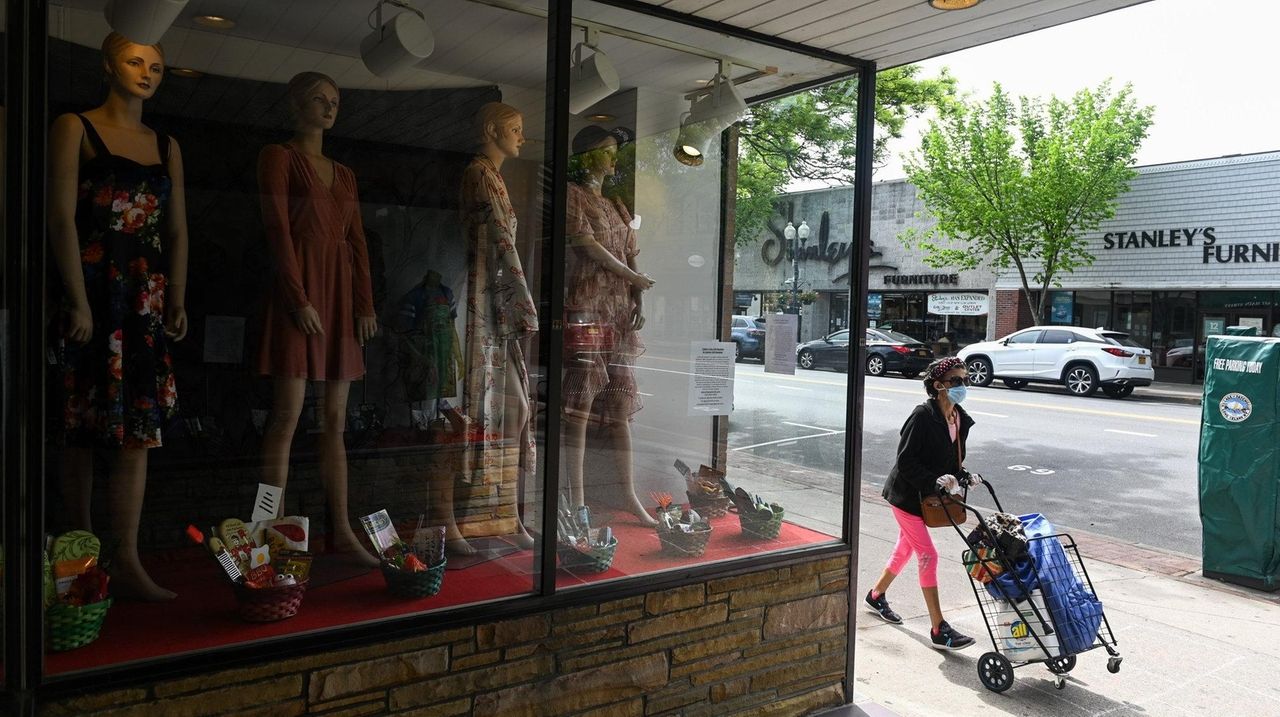