From the Oval Office, Trump has pushed to set the value of both the U.S. dollar and interest rates, determine the winner of federal contracts and overrule corporate decisions on factory locations. He has called for executives to be fired at businesses that displeased him and urged his 86 million […]

From the Oval Office, Trump has pushed to set the value of both the U.S. dollar and interest rates, determine the winner of federal contracts and overrule corporate decisions on factory locations. He has called for executives to be fired at businesses that displeased him and urged his 86 million Twitter followers to buy some products and shun others.

This populist activism has more in common with strong male leaders in countries such as Turkey, Russia or China than with Republican free market orthodoxy and could undermine the U.S. economy’s long-term appeal, according to economists, former government officials and historians.

The latest illustration of Trump’s highly personal style began Aug. 6, when he issued an executive order banning TikTok, the popular video-sharing app owned by China’s ByteDance. Trump gave the company 45 days to develop a corporate structure that would eliminate the risk that the personal data it collects on American users could be tapped by the Chinese government.

As potential buyers circled, the president demanded “a very large percentage” of the sales price for allowing a deal, a payment White House lawyers later told him the U.S. government could not legally accept.

Oracle, a software company co-founded by Larry Ellison, a vocal Trump supporter, struck a deal earlier this month to establish a TikTok unit that will effectively be a U.S.-owned entity. Welcoming the announcement, the president said it included $5 billion to fund a “patriotic” education initiative he had championed.

“I can say that I have given the deal my blessing,” he told reporters, lavishing praise on Ellison and Walmart, Oracle’s partner.

The transaction awaits approval by the Chinese government. But the president’s involvement drew criticism from normally supportive quarters.

“Maybe the deal will protect national security as the Trump Administration claims, but it reeks of corporate cronyism that will damage the U.S. government’s credibility and reputation for free-market rules,” said the Wall Street Journal editorial page.

Scott Lincicome, a senior fellow at the Cato Institute, said the president’s approach erodes the law-based predictability that has made the United States a magnet for foreign investment.

“The very appearance of that involvement tarnishes the bureaucracy and undermines the rule of law,” he said. “These type of things matter.”

As winning the president’s favor has become more important, companies have beefed up their Washington influence efforts. Total lobbying spending increased in each of the past three years, reversing five consecutive years of decline, according to Open Secrets, a nonpartisan organization. In 2019, business groups and others spent a total of $3.51 billion, up 11 percent from 2016.

To be sure, many presidents have had harsh words for business. In the aftermath of the 2008 financial crisis, President Barack Obama regularly assailed “fat-cat bankers” for awarding lavish executive bonuses after receiving taxpayer bailouts.

In 1962, President John F. Kennedy criticized U.S. Steel and Bethlehem Steel for raising prices in what he called “a wholly unjustifiable and irresponsible defiance of the public interest” and pressured them with a Justice Department investigation and the loss of military contracts.

Trump has yet to match President Roosevelt, who in 1944 sent his attorney general and steel-helmeted National Guardsmen to physically remove retailer Montgomery Ward’s chief executive from his office after he repeatedly refused to comply with wartime labor agreements.

But Trump attacks individual companies and executives more often and with greater venom than his predecessors, seeking both policy and culture-war wins.

“It has happened with presidents before, but they usually have been very light on the touch. It’s usually been a last resort. People have understood in the past that it was generally not a president’s job to get into the domestic economy with this degree of specificity,” said historian Michael Beschloss, an author of nine books on the presidency.

During the 2016 campaign, Trump attacked Carrier over a decision to relocate manufacturing work from Indianapolis to Mexico. Within weeks of his election victory, he took credit for persuading the company to retain hundreds of jobs it had planned to move. Yet six months later, the company informed the state that 632 other jobs were being eliminated.

Still, the Carrier episode was a sign Trump would be a different kind of Republican president, less likely to reflexively support decisions made in corporate boardrooms and ever eager to pose as a working-class champion.

On Monday, amid a complaint about Chinese trade practices, Trump told a campaign rally that he had to be talked out of manipulating the value of the dollar to hurt Beijing.

“I go to my guys, they said, ‘What about doing a little movement on the dollar?’ ‘Sir, we can’t do that. It has to float naturally,’” the president said, casually describing a proposal that would have rocked global financial markets.

“He does not behave like a typical Chamber of Commerce Republican,” said Greg Valliere, chief U.S. policy strategist for AGF Investments. “He is comfortable bashing companies that he feels are not doing enough for his constituents.”

In 2018, Trump took to Twitter to encourage a boycott of Harley-Davidson after the motorcycle manufacturer announced plans to shift from the U.S. production of bikes sold in Europe. The company blamed Trump’s tariffs on imported steel and aluminum and European retaliatory measures for the move.

This year, as the election campaign has heated up, the president’s activism has centered on stirring up his supporters.

On Tuesday at the White House, the president attacked Twitter, which he said was acting at the behest of “the radical left” to censor conservative viewpoints.

“These platforms have become intolerant of diverse political views and abusive toward their own users,” the president said. “ … Twitter routinely restricts posts expressing conservative views, even from a president of the United States, while at the same time it allows Iran’s supreme leader to freely spew vile, anti-Semitic hate and even death threats.”

In August, he urged Americans to boycott Goodyear tires amid reports that the company had banned attire bearing political slogans, including Trump’s signature “Make America Great Again,” from the workplace.

Within minutes, shares of Goodyear plunged more than 4 percent. But in a sign that years of incendiary presidential tweets may have lost their punch, the stock more than fully recovered in just three trading days.

“Except in rare circumstances, that is not a president’s business. That’s what a dictator does in a dictatorship, especially if he’s doing it for his own political gain,” Beschloss said. “A bedrock principle of our system should be that a president’s decisions are always to benefit the nation, not the president personally.”

Trump also has lent the power of the presidency to his political allies. So far this year, the president has tweeted praise for 28 books, including those by Lou Dobbs of Fox Business; conservative activist Charlie Kirk; and former aide Sarah Sanders.

On Tuesday, he praised Goya Foods chief executive Robert Unanue, who suffered a consumer backlash after praising Trump at a White House meeting in July.

But Trump’s activism goes beyond words. His inflammatory tweets shape government action, according to John Elias, a career antitrust prosecutor in the Justice Department.

In 2019, after Trump relaxed federal emissions regulations, he was enraged when the state of California agreed with four automakers — Ford, Volkswagen, BMW and Honda — to abide by stricter limits.

“Henry Ford would be very disappointed if he saw his modern-day descendants,” Trump wrote in a tweet criticizing the deal.

The next day, political appointees in the Justice Department ordered an antitrust investigation of the carmakers, Elias told members of the House Judiciary Committee in June.

The investigation quickly fizzled when each of the companies swore they had reached individual agreements with the state, undercutting any antitrust case. The department, which denied Elias’s allegations, abandoned its investigation in February.

The president also has weighed in on government contracting. Earlier this year, Fisher Sand and Gravel was awarded the largest ever border wall construction contract.

The $1.3 billion deal came after the president repeatedly urged military officials to hire the company, whose chief executive had repeatedly praised him on cable television. The Defense Department inspector general is auditing an earlier $400 million contract the company received after House Democrats complained the president had exerted “inappropriate influence” over the decision.

In 2019, Trump directed then-Defense Secretary Jim Mattis “to screw Amazon” out of a $10 billion Pentagon cloud-computing contract the company was expected to win, according to a book by Guy Snodgrass, a former Mattis speechwriter.

Mattis later told aides the “JEDI” contract would be handled “by the book,” Snodgrass wrote.

“The JEDI contract award creates a dangerous precedent that threatens the integrity of the federal procurement system … Others have raised similar concerns around a growing trend where defense officials act based on a desire to please the President, rather than do what’s right,” Amazon said.

Sun Sep 27 , 2020
NurPhoto via Getty Images If you are thinking about opening a business, planning is key to getting started on the right foot. A thorough and well-written business plan makes all the difference in organizing and marketing your business, seeking funding, and measuring your success. That being said, developing a business […] 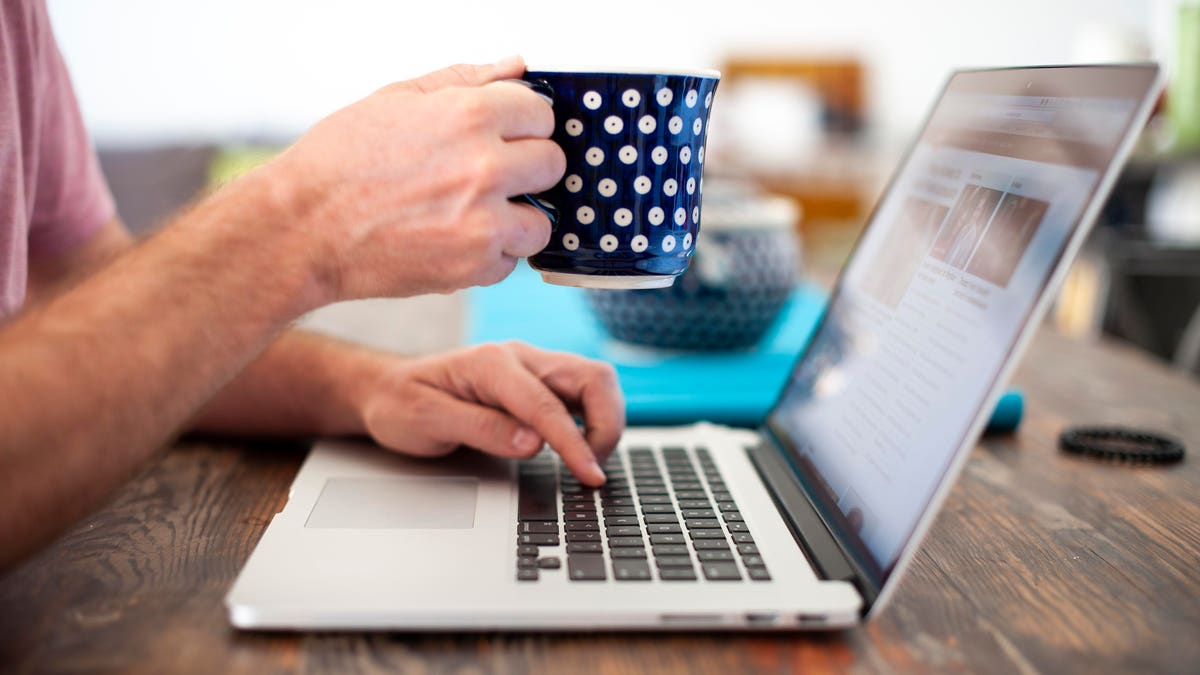