Trump for months has acted as if he had a clear edge over his eventual Democratic rival on the economy, promising a financial collapse if Biden were to win in November. For much of the summer, polls showed a solid lead for Trump on the economy. But there are signs that Trump’s advantage might be softening.

Senior Biden campaign officials cheered a CNN poll conducted Aug. 28-Sept. 1 that showed Trump polling 49 percent on the economy and Biden 48 percent. It is a significant narrowing from CNN’s Aug. 12-15 poll that found Trump leading Biden on the economy 53 percent to 45 percent.

Other nationwide polls show a similar closing of the gap on this key issue. A CBS-YouGov poll from Sept. 2-4 shows Trump at 45 percent on the economy and Biden at 44 percent. And a Quinnipiac poll conducted Aug. 28-31 showed the two candidates neck-and-neck on the economy, with both at 48 percent.

Few polls ask consistently about who voters think can best steer the economy, making it difficult to assess how durable Biden’s apparent gains on the issue are. Some swing state polls still show voters giving Trump a clear edge on money matters. An NBC News/Marist poll in Pennsylvania conducted Aug. 31-Sept. 7 still found Trump leading on the economy, 51 percent to Biden’s 41 percent. It was a similar story in Florida, with Trump leading 53 percent to Biden’s 40 percent on the economy.

This apparent shift comes as oil prices have slumped in recent days and the stock market showed new signs of turbulence. These could be indicators that Wall Street fears a rough patch ahead for the recovery. Federal Reserve Chief Jerome H. Powell, a Trump nominee, warned Friday that the recovery “will get harder from here.” Coronavirus cases are also expected to increase again in the fall, further imperiling the economy.

The U.S. economy is basically half recovered from the deep pandemic recession that began seven months ago. Trump paints this as a glass-half-full scenario. The rebound, especially for jobs and the stock market, has been swifter than most experts expected, and Trump argues that the momentum will continue under his leadership but flounder under his rival’s. Trump is also likely to get highly favorable government reports on jobs and economic growth just before the election.

Biden has said, however, that the country’s nearly 14 million unemployed deserve more from the White House than Trump has delivered.

As Biden has attacked Trump on the economy, Trump has tried to hit back hard.

On Monday, the president said the economy will “crash” if Biden is elected.

And on Tuesday, he said in Florida that “we’re rapidly restoring the greatest economy in history. Joe Biden’s plan would destroy America’s middle class.”

Whether Biden can put a material dent in Trump’s standing on the economy is likely to be critical to the election in swing states. Hillary Clinton led Trump overall in the polls and on most issues in 2016, except for the economy. No president has won reelection in modern history with the unemployment rate above 7.2 percent. As of August, the unemployment rate was 8.4 percent, but it is likely to fall further by Election Day.

“Concerns about the economy are rising. Pennsylvania voters said covid was the biggest issue in July. Now it’s the economy,” said Berwood Yost, the director of the Center for Opinion Research at Franklin and Marshall College in Lancaster, Pa.

The pandemic, the falling stock market in recent days and the fact there are 237,000 fewer manufacturing jobs now than when Trump took office add further pressure on Trump and present an opening for Biden. But the Democratic nominee has to get voters to buy into a different future and vision for the economy.

Biden has hundreds of pages of policy outlines on his website. His economic slogan is “Build Back Better,” and the plan largely boils down to this: Go big on infrastructure, invest in modern manufacturing jobs, and make it easier for Americans to work by expanding sick pay, parental leave and affordable child care and elder care for all employees. He envisions a future of cleaner energy and technology — a blue-collar-plus message for the key swing states.

On Wednesday in Michigan, Biden unveiled a 10 percent tax to penalize companies that move jobs abroad and then try to sell goods back into the United States, his latest attempt to undercut Trump among working-class voters who fear their jobs are going to Mexico and China. Biden has tried to walk a fine line between centrist Democrats and the progressive wing of the party. He has tried to appear pragmatic and flexible, which some view as a strength in building a wide coalition but others see as a problem because people wonder what he really stands for.

“I believe Biden is a good statesperson, much more diplomatic — but specifically as to what he says about the economy, I don’t really have anything that comes to my mind,” said Shawn Reilly, the mayor of Waukesha, Wis. Reilly said he usually votes Republican but sat out the 2016 election and is on the fence about Biden.

A number of people say Biden needs to be clearer about his economic plans, noting that Trump’s priorities may be more immediately discernible to voters in their clarity. Trump didn’t bother with a policy platform at this year’s Republican National Convention, a first for the Republican Party since the 1856 election. His economic plan is well known to voters. It’s a continuation of what he’s done in the past four years: more tax cuts, more trade tariffs on China and other nations, and more deregulation.

“We need to know what Biden’s going to do,” said Nell McCormack Abom, who led media relations for Republican Tom Ridge when he was governor of Pennsylvania. Ridge is in touch with many Republicans and independents who are not thrilled with Trump but are on the fence about Biden.

Trump’s advisers are encouraged that many voters aren’t blaming Trump for the pandemic recession. Trump has repeatedly sought to dodge blame for the current downturn by pinning it on the “China virus.”

“If you’re a normal president with this unemployment, you’d be in trouble. But people get that this is a consequence of the pandemic, and instead of blaming Trump they think, ‘Who can help us?’ ” said Newt Gingrich, the former House speaker and Trump ally. “It’s easy for Trump because he can point to a memory that’s relatively recent. It’s a lot harder for Biden.”

Biden keeps stressing the need for a more equitable economy. His tax plan would fall largely on the rich, whom he defines as Americans earning more than $400,000 a year. Some liberals criticize Biden as not going far enough, especially in his plans to close the economic gap between Blacks and Whites. They want him embrace reparations that provide money to the descendants of those who were enslaved in the United States. Biden has instead called for more aid for Black entrepreneurs and an expansion of tax and home-buying credits to boost Black wealth.

“Getting back to normal is insufficient. You have to build back better,” said Jared Bernstein, who served as chief economist to Biden during Biden’s vice-presidency. “People from low-income families, Native American families, people of color must finally have a chance to realize their potential in this economy.”

Beyond personality and leadership style, some of the deepest divisions between Trump and Biden are playing out over taxes and energy policy. Trump has called generally for more tax cuts for the middle class and for special tax cuts that would mostly benefit the wealthy. Biden has said he would keep the latest tax cuts in place for the middle class but would raise the corporate tax rate from 21 percent to 28 percent and reverse Trump’s tax cuts for the richest Americans.

On energy, Trump is trying to woo voters in Pennsylvania by painting Biden as against coal and natural gas. In his convention speech, Trump said Biden “has promised to abolish production of American oil, coal, shale and natural gas.” Biden has not called for an end to fracking, the process used in much of the United States to extract shale oil and natural gas.

In Wisconsin, pollsters say Trump may be vulnerable in the state because of the electronics maker Foxconn, the company involved in a deal he said would bring thousands of manufacturing jobs to the state. Foxconn scrapped plans for a big factory in Wisconsin in 2019, and most of the jobs originally envisioned are not expected ever to materialize. Many voters still bring up the subject unprompted during focus groups and polling.

“We’ve done several hundred deep, qualitative interviews with voters. Foxconn is one of things they bring up. They see it not bringing jobs to Wisconsin and un-American because the company is foreign,” said Michael W. Wagner, a professor in the School of Journalism and Mass Communication at the University of Wisconsin at Madison.

The Trump team points to an economy that is strengthening and could be even better by Election Day. While there is still a lot of economic hardship, especially among the jobless, manufacturing and consumer spending are showing signs of rebounding. A lot of economic data has been better than expected in August and September, and third-quarter growth is expected to show a huge rebound — over 20 percent — with the reopening of many businesses.

“I think Trump’s most effective line is, ‘I rebuilt the economy once and I can do it again.’ It’s a very effective campaign pitch,’ ” said Steve Moore, an economic adviser who is close to the president.

Why Visteon is planning to shrink again

Mon Oct 5 , 2020
DETROIT — Automotive technology supplier Visteon Corp. plans to cut jobs over the next two years as the coronavirus pandemic recession continues to infect the company’s bottom line. Visteon did not reveal the exact number of possible job cuts, but the maker of instrument clusters and other cockpit technology expects […] 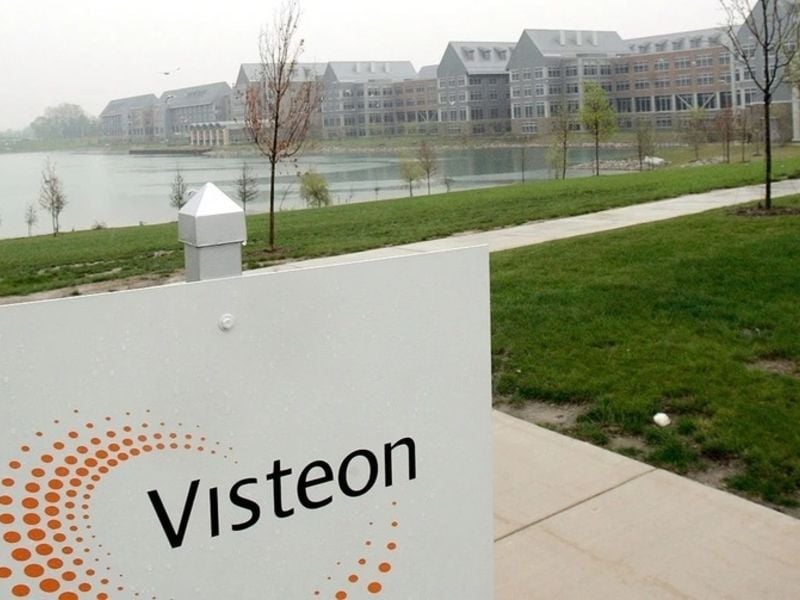