The UK economy grew 2.1 per cent in August as the recovery from lockdown slowed, despite Rishi Sunak’s Eat Out to Help Out scheme, official figures show. © Provided by The Independent It came after a 6.6 per cent increase in output in July but means the economy remains 9.2 […]

The UK economy grew 2.1 per cent in August as the recovery from lockdown slowed, despite Rishi Sunak’s Eat Out to Help Out scheme, official figures show.

© Provided by The Independent

It came after a 6.6 per cent increase in output in July but means the economy remains 9.2 per cent below its peak reached before the coronavirus pandemic, the Office for National Statistics reported.

UK gross domestic product (GDP) fell at its fastest quarterly rate on record during lockdown, contracting by a fifth as businesses were forced to close and people stayed at home.

The latest monthly GDP estimate, which came in well below 4.6 per cent growth forecast by analysts, will cause concern for the chancellor.

There were signs that measures to boost hospitality, including a half-price meal scheme, had a positive effect. Accommodation and food services businesses accounted for 1.25 percentage points of the whole economy’s 2.1 per cent growth in August.

However, the services sector overall remains 9.6 per cent below its pre-pandemic level with a further contraction on the horizon as ministers reportedly consider shutting pubs and restaurants in parts of northern England.

Weak economic performance is not limited to services however. Construction remains 10.8 per cent below February’s level. Agriculture is 4.3 per cent down and manufacturing 8.5 per cent.

There were few reasons for optimism in ONS survey results for September.  Of businesses currently trading, 45 per cent reported their turnover had decreased below what is normally expected for September

The ONS’s deputy national statistician for economic statistics, Jonathan Athow, said: “The economy continued to recover in August but by less than in recent months.

OPEC Boosts Forecasts for Next 4 Years

“There was strong growth in restaurants and accommodation due to the easing of lockdown rules, the Eat Out to Help Out scheme, and people choosing summer staycations. However, many other parts of the service sector recorded muted growth.

“Construction also continued its recovery, with a significant boost from housebuilding. There was limited growth in manufacturing, which remains down on its pre-pandemic level, with car and aircraft production still much lower than the start of the year.”

Economists warned of a tough few months ahead as coronavirus case numbers rise and government support for businesses is reduced.

“While there are positive indications from the Bank of England of growth returning to pre pandemic levels before Christmas, this is far from a done deal,” said Tom Stevenson, investment director at Fidelity International.

“The furlough scheme comes to an end this month and there is a real danger that fear of unemployment triggers a negative feedback loop of precautionary saving and dampens consumer confidence. Covid-19 cases are rising quickly in some parts of the country, with further localised lockdowns expected to be announced on Monday. This will undoubtedly hit output as the country braces itself for a long, difficult winter.”

The chancellor is set to announce the next stage of his Job Support Scheme later on Friday.

A Treasury spokesperson said: “The Chancellor will be setting out the next stage of the Job Support Scheme later today that will protect jobs and provide a safety net for those businesses that may have to close in the coming weeks and months.”

The scheme, which replaces the successful Job Retention Scheme, or furlough, has faced criticism from business groups, unions and the Labour party.

It is substantially less generous than furlough and includes an incentive to cut jobs rather than keep staff but reduce their hours.

In the latest announcement, Mr Sunak is set to unveil a local furlough scheme in which the government will subsidise the wages of workers in pubs, restaurants and other business forced to close under coronavirus restrictions.

The new scheme will reportedly see workers paid two-thirds of their wages for the duration of closure.

Sat Oct 10 , 2020
October 9, 2020 | : Harvard Business School – long critiqued for its lack of minority representation – launched an action plan for racial equity on Sept. 23, as universities across the country engage in an ongoing national reckoning with racism. “The horrifying murder of George Floyd, and an all […] 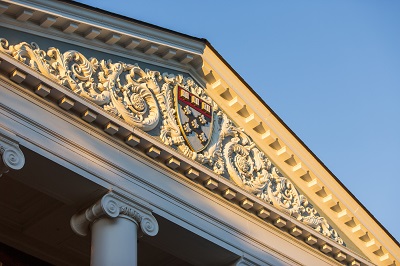