Photo by Chaitanya Tvs on Unsplash First comes the consumer movement, then follows the legislation. Whether the subject matter or new thing is as prevalent as the worldwide web or more niche like the rise of drones, the early part of its life often goes unregulated. But what happens when […]

First comes the consumer movement, then follows the legislation. Whether the subject matter or new thing is as prevalent as the worldwide web or more niche like the rise of drones, the early part of its life often goes unregulated. But what happens when the movement trespasses on existing legislation giving it a meaning that was never intended?

But first, the movement. Simply explained, the circular economy means products are kept in use for as long as possible. And when they are no longer useable, the materials they are made from can be broken back down into raw materials and used again in the supply chain – just as valuable as before the original product was made. Business models that sit within the circular economy promote rental over ownership, they take back products when the customer no longer wants them, they create secondary markets, they provide repairs and sell replacement parts – all to keep those products in use for longer.

Companies operating in the circular economy are developing new business models and applying them to existing industries, changing consumer behaviour in a way that works for the environment. They are innovative. They are commercial. But they are at a disadvantage due to certain UK legislation.

Many startups seek funding from friends and family, angel investors or funds. It is the path they choose to allow them to develop their proposition, test the market and then scale. SEIS and EIS are generous tax relief schemes that make it more attractive for UK investors to make an equity investment (buy shares) in one of these companies. To show the power of these schemes, three key benefits are explained below:

These incentives are huge. And as a UK based investor, having SEIS or EIS compliance as a tick list requirement for the companies you invest in, is a smart move.

Both the individual investor and the company raising equity finance must be eligible for the schemes by satisfying a long list of criteria. I will just focus here on one item on that list – the requirement to carry out a ‘qualifying trade’. There is a list of excluded trades, which includes things like producing steel and farming, through to financial activities, through to ‘leasing and letting of assets on hire’.

It is ‘leasing and letting of assets on hire’ that is pertinent for the circular economy. This particular exclusion for SEIS and EIS was intended to prevent activities such as furnished lettings and the letting of holiday caravans from being eligible for the schemes – the basis, presumably, that these were safe bets and the investors’ cash would not be at risk. As the circular economy has evolved, renting forms a key pillar of its structure and there are some amazing companies rising through the ranks using this as their core business model – think rental rather than buying of white-goods, fashion, parenthood essentials and a long list of other items that are highly suited to this way of use – they are innovative and creative and operating in a way that the legislation simply could not have envisaged when it was enacted. However, they fall outside of SEIS and EIS eligibility and their investors cannot claim under the schemes.

What does this mean for them? It means they have a smaller pool of investors to approach – those outside the UK or those who are not individually eligible. Raising investment is often a numbers game, so probability says it will be harder for them to raise the investment their business needs. The conclusion? They are at a serious disadvantage and do not have equal access to vital funding that other startups enjoy.

The Government should be getting behind the circular economy ventures that are striving to change how consumers use the world’s resources – but instead of support from the legislation, these companies are being held back in the starting blocks, making it harder for them to succeed than their counterparts.

It’s time for change. Not only to the existing legislation that puts these businesses at a disadvantage, but to future legislation, to give these companies additional support through, for example, grants and tax breaks, to show that the Government sees the potential of their contribution and has got their backs.

Regal Will Reportedly Close All Of Its Theaters Again

Sun Oct 4 , 2020
Theaters around the country and world closed in March because of the coronavirus pandemic. The blockbusters that filled their screens were postponed as most of the globe went into lockdown. The chains instituted new safety measures and cautiously reopened at the end of the summer in time for Christopher Nolan’s Tenet. But […] 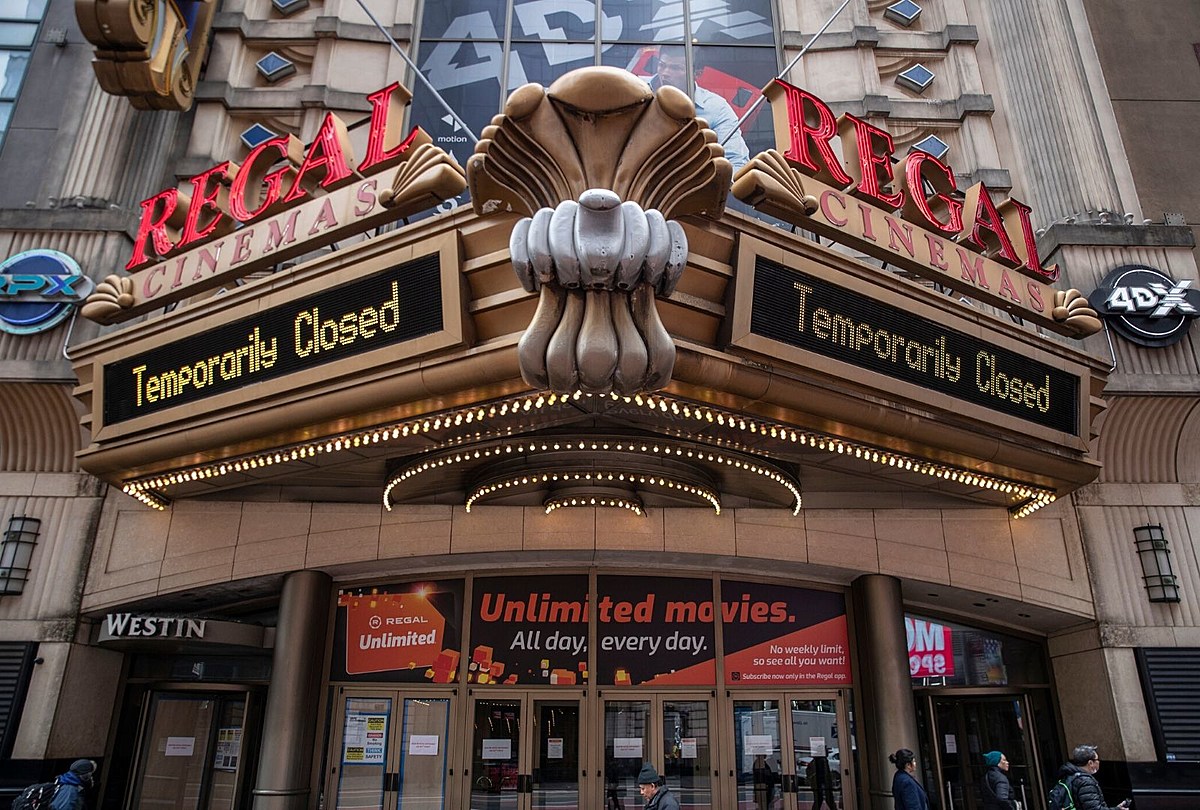