After months of planning and production work, a new marketing campaign highlighting the MaineHealth cancer care network was just about finished. A launch was planned for April. That was back in March, of course, when everything changed because of the coronavirus pandemic. Gov. Janet Mills issued stay-at-home orders. Businesses shut […]

After months of planning and production work, a new marketing campaign highlighting the MaineHealth cancer care network was just about finished. A launch was planned for April.

That was back in March, of course, when everything changed because of the coronavirus pandemic. Gov. Janet Mills issued stay-at-home orders. Businesses shut down. Protection from disease became the world’s top priority.

Nancy Murray, MaineHealth’s associate vice president of marketing, brand and creative services, quickly realized the inappropriateness of a campaign featuring images of doctors and nurses working closely with cancer patients, of people hugging and shaking hands, of nobody wearing masks.

“We couldn’t use any of it,” Murray said. “We took a look at it and said it’s not reflective of the time, but it’s also not reflective of what we wanted to say. We decided to set it aside and talk about what was happening with the pandemic.”

Organizations throughout Maine and the world have been forced to rethink how they represent themselves to customers now that the pandemic has altered consumer perceptions, priorities and values, possibly forever. In the weeks after MaineHealth decided to scrap its ad campaign, the state’s largest health care system worked with its advertising agency, Portland-based Words from the Woods, to put together an entirely new one. This one amplified guidance issued by the Maine Center for Disease Control and Prevention, and did so in a manner showing the empathy, care and courage of health care workers. The campaign also let folks know what they could do to help.

As pandemic guidance and education evolved – from whether and when to wear a mask, from staying at home to venturing out in public – so, too, did the messages from MaineHealth, beginning with a few simple directives about the importance of hand-washing and social distancing.

“We did six separate campaign initiatives,” said Meranne Behrends, strategy director and co-founder with her husband of Words from the Woods. “We didn’t want to be a step ahead of the CDC or lagging behind. We wanted to maintain a lockstep mentality with them and be as accurate as possible.”

The resulting campaign, still underway and now emphasizing use of face coverings, has run in newspapers, magazines, on television, online and in social media. Murray, of MaineHealth, said it resonated with viewers and readers.

“All the numbers we’ve been able to track have shown a positive increase in awareness and favorability,” she said. “More important, as a health care organization, we’re helping our communities stay safe, and that’s an important aspect of our role.”

The pandemic has forced companies throughout Maine to re-examine their marketing and messaging.  Not only must ad agencies consider new strategies that consider how everyday life is different, but health and safety restrictions mean producing such content has become trickier.

For example, all photography and video footage for the MaineHealth campaign was shot by a MaineHealth staffer, Charlie Berg, multimedia manager at Maine Medical Center.

“Because we’re in a health care setting, we didn’t really want to bring more people into a setting that is already under stress,” Murray said. “He was able to work closely with the agency to define what we needed, but he also worked with our epidemiological team to ensure everything was safe.”

Berg was able to capture some powerful moments, of a recovered COVID-19 patient acknowledging applause from nurses as he is wheeled down a hallway, and of five health care workers giving thumbs up and forming heart symbols with their hands as that same patient, who had been on a ventilator, departs the hospital on his way back home.

The ads include acknowledgment of and appreciation for the sacrifices people are making to keep others safe. The tagline speaks of togetherness: “We’re in this until we win this.”

Companies that have no connection to health care also have found a need to pivot because of the pandemic. Carrie Riley, chief marketing officer of Portland-based coffee house chain Aroma Joe’s, immediately pulled some advertising after the first cases of coronavirus began cropping up in Maine in the middle of March.

A promotion aimed at inducing kids to bring in their parents for coffee to celebrate Mother’s Day and Father’s Day had been story-boarded and was ready for filming.

“Then everything pretty much shut down,” Riley said. “For us as a brand, we went pretty quiet as far as any promotional advertising. I think a lot of brands did.” Instead, Aroma Joe’s offered free coffee to health care workers, who needed only to show an ID badge, and wound up giving away 50,000 cups. Originally inspired by espresso huts that had sprung up on the West Coast, Aroma Joe’s predominantly consists of drive-thru operations, which turned out to be well-suited for pandemic-related guidelines.

Playing up that aspect – “Drive-Thru Rules!” – is central to the current marketing campaign.

“The brand was really built on this idea of a drive-thru,” Riley said. “And we don’t have intercoms, so you have this drive-thru environment but are still getting this personal interaction. I think people needed a kind smile and someone to be nice to them.”

Todd Skelton, who took over as CEO of the Prime Automotive Group in January, oversees six dealerships and a collision center in southern Maine as well as operations in New Hampshire and Massachusetts. Pre-pandemic advertising focused on getting customers into dealerships, where sales staff could work on closing deals.

Since the pandemic hit, however, he has learned that potential buyers prefer to do much of their research online and then make an appointment as if they were visiting a doctor’s office.

“They want to show up and have it be meaningful,” Skelton said. “Maybe have a couple questions answered, get in and get out in 30 minutes, so we adapted to that.”

Skelton said Prime pulled all its print and television ads when the pandemic first hit and since mid-April has focused entirely on digital marketing. Current inventory of new cars is tight because factory shutdowns have led to a disruption in the supply chain.

“As inventory levels increase, we will begin to spend more,” he said. “The Saco market reacts well to print and media, so we will be back on television and back in print.”

Skelton said he also has noticed a greater demand for mid- to lower-end used cars, spurred by people who are shying away from mass transit options such as a train or bus.

Public relations professional Kristan Vermuelen, founder of Knotical PR in Cumberland, lost all but one of her clients in the early stage of the pandemic. With more time on her hands, she decided to start a podcast featuring the stories of makers throughout Maine. So far, she has recorded 13 episodes and is currently working on a five-part series with the Maine Craft Association.

She hasn’t yet figured out a way to monetize the podcasts, but has been attracting a significant following on social media and reported more than 2,000 downloads.

Over the past six months, everyone has had to adapt to a new set of circumstances. A campaign touting the small-business chops of Androscoggin Bank began filming in February at the Bates Mill Complex in Lewiston with an eye toward a late-spring launch. Production had not been completed when the pandemic took hold in mid-March.

Then again, a message about growing your business no longer seemed relevant when so many were simply trying to stay afloat. With no access to further photo shoots, Behrends, of Words from the Woods, shifted to graphics and animation for a campaign with a straightforward approach: During pandemics, businesses need triage, too.

“It wasn’t about growing our business,” she said. “It was really about being a partner to our clients during a situation they never expected to be in.” One of Androscoggin Bank’s new ads developed since the pandemic began. Courtesy of Words from the Woods

In September, the “We’re All Business” campaign finally launched, four months after originally planned. The remainder of the photo shoots were done in late June and early July. Instead of groups, the bankers arrived one at a time and were filmed in front of a green screen, then assembled digitally to appear as if five at a time are striding purposefully in V-formation.

“It was a hilarious day of crazy scheduling,” Behrends said. “We had bankers coming in and out of an abandoned mill, shot one by one in front of a green screen. We had EMTs on location to take temperatures and screen everyone prior to walking in. We maintained a 10-foot distance between everyone in the mill, be it talent or crew. We had everyone wear masks.”

Hayden was one of the bankers featured.

“No one was really together,” she said. “So the magic of what they did of putting us all together was really remarkable.”

Early feedback from the end result has been overwhelmingly positive. A second round of ads will feature bankers introducing themselves in quick videos as if they are in the starting lineup of a Monday Night Football game.

If there’s a theme running through all the marketing and advertising challenges over the past six months, it’s that being able to play a different tune is crucial to striking the proper chord with a target audience.

“Adaptation is key, both in the way we approach creating a campaign and in the content we put forward,” Behrends said. “Not sitting here saying, ‘Well crap, things aren’t the way they used to be.’ It’s, ‘How do we reinvent ourselves to be relevant to what we’re living through?’”

Please check your email to confirm and complete your registration.

Use the form below to reset your password. When you’ve submitted your account email, we will send an email with a reset code. 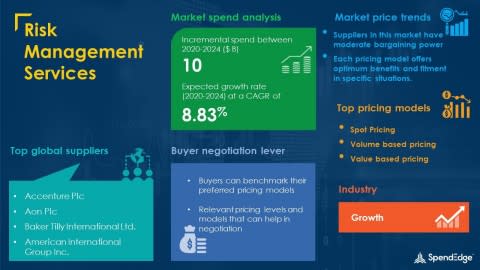