The report was worse in some places than others — private-sector job growth actually slightly beat expectations, while government employment was especially weak and participation in the labor force declined — but the underwhelming overall pace of employment growth that suggests the recovery is going to be a long slog. […]

The report was worse in some places than others — private-sector job growth actually slightly beat expectations, while government employment was especially weak and participation in the labor force declined — but the underwhelming overall pace of employment growth that suggests the recovery is going to be a long slog.


At Tuesday’s debate, the candidates discussed the shape of the recovery: Are we enjoying a V-shaped recovery, like the president contends, where the economy rebounds sharply from a steep drop in activity; or is it more of a K-shape, where some people bounce back quickly and others languish? The “K-shaped” case is clearly correct, though the description of who’s on what parts of the K is more complex than what Biden laid out, when he said the recovery has been fine for millionaires and billionaires but not for the broader public.

The recovery has diverged not just by income level but by industry and region. Sectors like travel and tourism remain battered — leisure and hospitality employment is still down almost 20 percent from pre-pandemic levels — and will likely remain distressed for a significant time, hurting wealthy owners and low-wage workers alike. Other businesses are fully back to normal or even experiencing elevated sales; consumer confidence has rebounded sharply, and household finances actually look better on average than before the pandemic, according to survey data from the Federal Reserve.

The K-shape of the recovery means broad economic data can obscure key parts of the economic picture, because the combination of continued deep recession in parts of the economy with full recovery in other parts can read out as a middling pace of recovery. In fact, some of the macro figures look fine because this averaging-out effect: Overall, while Americans’ personal income fell sharply in August from July, largely due to the expiration of enhanced unemployment benefits from the CARES Act, personal income in August still ran at an annualized rate of $19.5 trillion — higher than the $19.1 trillion level in February, when the economy was healthy. That strength is because wage and salary income for the whole population was down less than you might expect — only 2 percent lower than pre-pandemic levels — while transfer payments remained elevated, as many households continued to receive regular unemployment benefits, food stamps, and other income support payments.

In other words, at the macroeconomic level, the shortage of household income that could stymie a recovery has not materialized. In fact, because Americans continue to spend less than normal — Americans’ personal outlays ran at an annualized pace of $14.9 trillion, down from $15.4 trillion in February — household balance sheets are likely continuing to improve, though not as much as they did in the spring when Americans were on average saving as much as a third of their income.

And yet the averages obscure the variation among the population. It’s not just millionaires and billionaires who are doing okay, but also the merely affluent: Higher-paid workers in the top quartile of the income distribution have already more than recovered their job losses from the peak of the crisis, while employment remains severely depressed among low-wage workers. Even here, the effects are uneven — some high-wage workers like pilots have experienced extensive job loss, while supermarket employment is elevated — but the broad story is one of worse effects at the lower end of the income scale.

“Job losses are being overwhelmingly borne by three overlapping groups: Young people and to a slightly lesser extent older people, so the bookends of the age distribution; lower-educated people; and low-wage workers,” said Ernie Tedeschi, an economist at the investment research firm Evercore ISI.

For much of the spring and summer, transfer payments — especially enhanced unemployment insurance — more than offset lost labor income for workers who lost jobs and went on unemployment. That Federal Reserve survey found that lower-income households had sharper improvement in their finances during this period than higher-income ones, because unemployment checks and stimulus payments amounted to a higher percentage of their usual income. Because transfer payments are still elevated for a variety of reasons — the pandemic unemployment assistance program for self-employed workers will continue through the end of the year, for example, and more people are on food stamps — the ameliorating effect of transfer payments has not gone away, but it has diminished, and the particular squeeze on lower-income households will intensify so long as there is not another COVID-19 relief package.

Of course, continued gains in employment will also reduce the economic drag and household-level misery from unemployment, but we remain about 12 million jobs short of where we would be if employment had continued on its pre-pandemic trend, and unemployment is likely to remain elevated for some time. Friday’s jobs report showed a disappointing gain of 661,000 jobs — a pace at which it would take about two years to return to the pre-pandemic employment situation. The guts of the report were a mixed bag — private sector employment beating expectations by about 25,000, while public school employment dropped significantly — but overall the report is a sign that the economic recovery is slowing and the residual stimulus from the CARES Act is less than the economy needs to get closer to a V-shape.

The policy conversation around COVID-19 relief has often placed this macroeconomic story first: We need to pay out benefits to keep household finances healthy so that Americans keep spending and businesses are able to keep the lights on and hire back workers. That’s true, but it’s important not to lose sight of the household-level story: We need to pay out benefits so that Americans put out of work by the recession do not lose their homes or go bankrupt.

In fact, this household-level story will remain true even if the macroeconomic story turns out not to be. The K-shape of the recovery actually mitigates some of the macroeconomic risk from continued unemployment, because economic drag from low spending in households with unemployed workers can be offset by high spending in higher-income households. Workers in higher-income households are more likely never to have lost jobs and are more likely to be working now. In many cases, they saved money due to reduced consumption in the pandemic and now have strong capacity to spend. And macroeconomic measures like personal income and personal outlays overweight the fortunes of higher income households: A household spending $100,000 a year has five times the effect on the total level of consumption that one spending $20,000 a year does.

So when financial markets are displeased but not distressed by congressional failure to pass another relief package, that may be because of a reasonable expectation that the affluent will get the macroeconomy through this. Good fortunes and strong spending among the affluent can offset the macroeconomic drag from unemployment among low-wage workers. But that effect won’t put food on the table in low-income households, nor will it address the impairment to public services that will come from state and local government austerity if those governments do not receive extensive federal support to avoid budget cuts. The household-level pain that is inherent in a K-shaped recovery provides the strongest argument for another relief package, even if the macroeconomy can muddle through without one.

Know How Business Plan Software Market 2020 will streamline your

Mon Oct 5 , 2020
Business Plan Software Market Get Sample [email protected]: https://bit.ly/2Rx4z69 (*If you have any special requirements, please let us know and we will offer you the report as you want.) Our Sample Report Accommodate a Brief Introduction of the research report, TOC, List of Tables and Figures, Competitive Landscape and Geographic Segmentation, […] 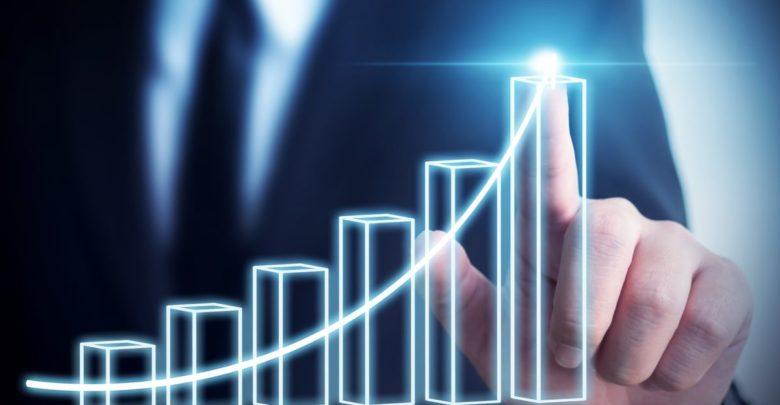