The CARES Act–we need another getty Today’s ADP numbers indicated an above-forecast increase in jobs of 749,000. Last month’s Bureau of Labor Statistics data, too, were better than expected with unemployment falling to 8.4%. So why are economists worried? Since Congress was unable to pass a CARES Act II, we […]

Today’s ADP numbers indicated an above-forecast increase in jobs of 749,000. Last month’s Bureau of Labor Statistics data, too, were better than expected with unemployment falling to 8.4%. So why are economists worried?

Since Congress was unable to pass a CARES Act II, we have had some encouraging, if not good, economic news. We’ve seen a deceleration in the rate of bankruptcies and lost jobs. But this does not mean that the economy does not still desperately need help.

Even back in late July, when the unemployment compensation bonus was about to expire, economists were worried about the permanent damage that could be wrought without the assistance that never emerged. Today, that call is is being repeated:

But many economists said that allowing the economy to slow at the current moment — with millions out of work or underemployed — could lead to long-term economic scarring. Employers have still hired back less than half of the 22 million workers they laid off in March and April, and the unemployment rate is higher than the peak of many past recessions. Even optimistic forecasts imply that gross domestic product will shrink more this year than in the worst year of the last recession.

Unemployment does long-term damage: job skills decay and people become less employable, and there are terrible psychological costs with 1 in 5 suicides thought to be related to unemployment. Debts and unpaid bills will accumulate and serve as a massive weight on any subsequent recovery. We are a long way from being out of the woods. To stop government aid now, well before we’ve actually cured the key problem, is akin to stabilizing the patient after a car accident, then leaving them by the side of the road.

And yet it seems highly unlikely that anything else will be done. Not only is Washington able to justify inaction on the basis of the improved while nevertheless horrific data coming from the economy, but the comedy-drama—or perhaps tragedy— that is American politics means that far more effort is expended on attacking the other party than helping citizens. Why not? You can always blame the other side for the latter not happening. Federal Reserve Bank of Boston President Eric Rosengren sums it up by saying, “additional support from fiscal policy, which I believe is very much needed, seems increasingly unlikely to materialize anytime soon.” Right on both points.

Don’t get me wrong, I’d be delighted to see Friday’s BLS unemployment data indicate a fall to 4% or lower. But let’s face it: until COVID is under control, the economy will be out of control. Period. And so, just as economists are arguing, continued government support is vital. Nor does Tuesday’s debate fill one with hope. As The Times reported, “The clearest loser from the first presidential debate between Donald Trump and Joe Biden was America.”

Sun Oct 4 , 2020
Img source: pexels.com Every business owner understands how significant marketing is. However, for some reason, most of them only focus on advertising after launching a new product. Yes, we understand, you have to inform your audience that merchandise is available, introduce them to it, tell them about special features, convince […] 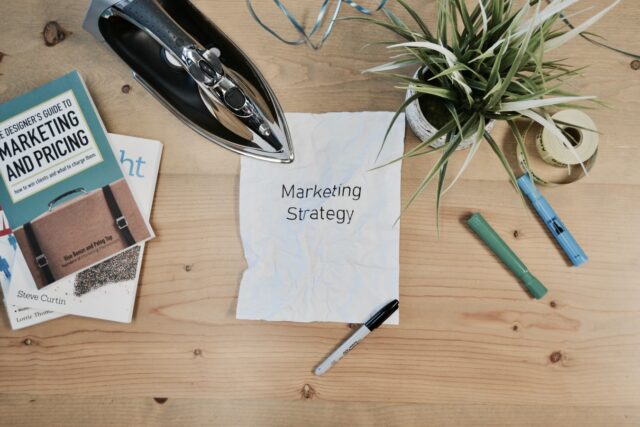