Most in masks. Some not. Crowded streets in Beijing during the week long Mid-autumn Festival which … [+] begain on October 1st. (Photo by Kevin Frayer/Getty Images) Getty Images China has beaten the coronavirus. There’s no need to wait for the World Health Organization to declare it. The infection curve […]

China has beaten the coronavirus. There’s no need to wait for the World Health Organization to declare it. The infection curve is flat. Are they testing? We don’t know. What we do know is that none of the big multinationals and none of the foreigners in Shanghai and Beijing are looking to scram: not because of trade tensions, and surely not because of the pandemic. They’re scared of neither.

Business is coming back. It’s improving every month. It’s better than most of Western Europe. It’s surely better than the U.K., which is talking about more lockdowns as cases rise. There’s no such thing as this — not even remotely — happening in China right now.

It’s as all systems go as you can get.

China’s National Bureau of Statistics manufacturing PMI increased to 51.5 in September from 51 in August. That is the second highest level this year.

China’s official PMI has now gone up for seven months straight. On a quarterly basis, the average PMI improved to 51.2 in the third quarter, from 50.8 in the second quarter.

The stronger manufacturing PMI is in line with the improvement in high-frequency data, led by manufacturing, and stronger regional trade activity, mainly with Korea and Vietnam.

Services PMI and new orders have improved for two months in a row. Recent trends in the manufacturing and services sectors point to 5.2% growth year-over-year in the third quarter.

The advanced world leaders — some of them — are talking of hiding in the closet and shutting down the economy again.

If the Western leaders are concerned about China’s rise, this is not the way to slow it down. China is a race car. Europe and parts of the U.S., Brazil, Russia, India and Mexico, are driving in a four-cylinder powered Ford sedan.

Looking at the breakdown of China’s manufacturing PMI figures, there were jumps in both demand-side indices and the production index.

In the trade-related index, new export orders continue to advance to a 28-month high at 50.8 in September versus 49.1 in August. The world is buying everything China makes.

This Tuesday, in fact, the U.S. is likely to see another record breaking trade deficit, a lot of it due to China imports.

To put that in simple terms: Chinese people are working and making things. Europeans, Americans, on the other hand, are not as much.

China’s employment index rose for the third straight month, though this is not really an indicator anyone on the Street looks at. If it was on a list of 10 items, it would be 10.5 as China’s labor figures are not trustworthy.

The NBS services PMI improved further to 55.2 in September over 54.3 in August. The leading indicator of services new orders rose to 53.5 last month, versus 51.5 in August.

China is moving in the right direction. Some countries in Europe look downright ridiculous by comparison. Can we still call them “advanced economies?”

“We think the sustained recovery in services indices reflects the fact that some hard hit sectors, such as tourism, recreation and catering, are starting to catch up,” says Jian Chang, China chief economist at Barclays Capital in Hong Kong. “China has reported zero local Covid-19 cases since August 16. We think this has strengthened the government’s confidence in further reopening households’ sentiment towards engaging in more offline and indoor activities,” she says.

China is already pretty much fully open, with the large Autumn Festival now taking place this week in major cities. Streets in Beijing are packed. Most in masks. Some without.

There have also been a few events and conferences of the last two months in China. Business conferences in the U.S. have totally stopped.

China is obviously further along in the pandemic, with its first known case of the new SARS occurring in December. The first SARS lasted from November 2002 to July 2003 and was never heard from since. If the second coming of SARS lasts as long, that puts it dying out in China in August, as the recent data suggests. If it lasts 8 months in the U.S., it means it dies out here in the northeast, where the crisis began in March, at some point this month.

Already, hospitalization and death rates have come down in the northeast and nationwide. All positives.

According to the WSJ, Chinese leaders are still debating whether or when to publish their own blacklist of companies to do business with. That’s not expected unless Trump wins re-election, now considered a long shot. Moreover, relations between the two sides is seen worsening in the short-term in the event Trump’s coronavirus infection gets worse. Trump has blamed China for its weak reporting on the seriousness of the disease back in the early winter, when China said that it did not spread between humans, and — later — that asymptomatic spread was unlikely. If President Trump struggled mightily with Covid-19, he could lash out further against China. 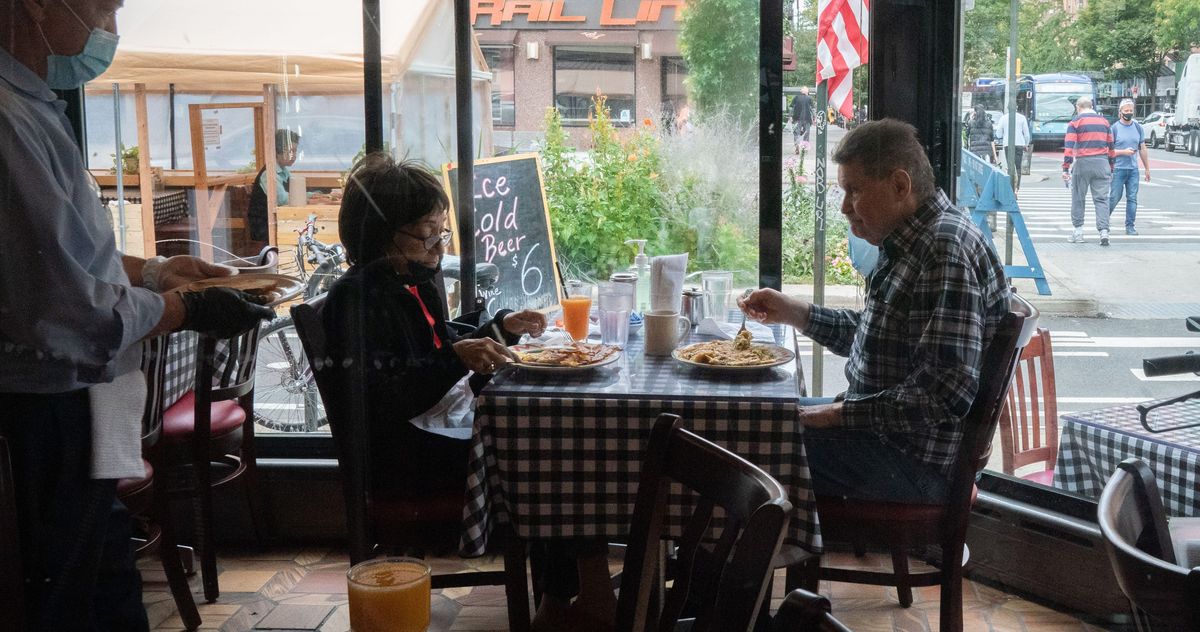