© georgeclerk/Getty Images A contractionary monetary policy aims to slow down an economy that’s rising too fast, threatening a runaway jump in prices. georgeclerk/Getty Images Contractionary monetary policy is a strategy used by a nation’s central bank during booming growth periods to slow down the economy and control rising inflation. […]

But sometimes, it can be too much of a good thing. An economy can be roaring along at too fast a clip, with excessive demand causing costs and prices to climb unchecked. This inflation threatens to outstrip wages and devalue the nation’s currency.

To cool down this overheated economic engine, a nation’s central bank will implement a contractionary monetary policy to slow the rapid growth and the rise in prices.

Contractionary monetary policy is a macroeconomic tool that a central bank — in the US, that’s the Federal Reserve — uses to reduce inflation.

The goal is to slow the pace of the economy by reducing the money supply, or the amount of cash and readily cashable funds circulating throughout the nation. It is the opposite of expansionary monetary policy.

How do governments and central banks gauge when an economy is overheating? Generally by looking at the rate of inflation. It’s natural for a rise in demand to spark some increase in the prices for goods and services. The US, for example, sees an average 2% annual inflation rate as normal.

But if inflation is rising above its target growth rate of 2%, it acts as a warning — and becomes the key catalyst for implementing a contractionary monetary policy.

Governments and central banks believe a small level of inflation is good because it spurs demand. If consumers believe that goods and services will be more expensive in the future due to increased prices, they will buy those goods and services in the present.

And of course, as per the law of supply and demand, the more they buy, the more businesses must produce. That means businesses need more workers, which means increased employment, which means more disposable income to buy goods and services, which further increases demand and prices.

The problem arises when there is too much demand in the present. If businesses cannot produce more, or their production costs increase too much, then they raise prices. Things start to cost more than their intrinsic worth, and if prices get too high, it eventually chokes off demand — because people can’t afford to buy anymore.

And if businesses over-expanded in an effort to keep up with demand, they’ll be in trouble when demand dries up.

The purpose of contractionary monetary policy is to prevent these rude shocks from happening. To slow down economic growth, the central bank must curb demand by making goods and services more expensive to buy — at least for a while.

In the US, the Federal Reserve’s contractionary monetary policy consists of three major tools:

To curb demand and reduce the money supply, the Federal Reserve increases short-term interest rates — specifically, two of them:

When the Fed increases either of these rates, it becomes more expensive for banks to borrow money, leaving them with less money to lend out to customers. Plus, there’s a trickle-down effect: Banks also increase the rate they charge customers for borrowing money.

If interest rates increase, borrowing money becomes more expensive. And that often causes consumers to reduce purchases that require financing, and companies to reduce expenditures that would help grow the business.

When there is no demand, businesses sell fewer goods and services, reducing profits, requiring them to cut costs and lay off workers, which increases unemployment, resulting in less money spent in the economy, which further reduces demand.

Low demand also induces businesses to cut their prices, which then reduces inflation.

Another move by the Fed to contract the money supply is to sell US Treasury bonds and bills — a process known as open market operations.

The US Treasury deposits its bills and bonds at the Fed. The Fed will then sell them to financial institutions, mainly the member banks in the Federal Reserve System.

When banks purchase these T-bonds and bills, it means they have fewer funds available to lend out. This, in turn, reduces the money in circulation. Furthermore, having less money to lend means that banks charge a higher rate when they do, making borrowing (and the things they are borrowing for) more expensive.

For example, say an individual wanted to buy a house and the interest rate on a mortgage provided by a bank was 3%. But then the following week the fed funds rate was increased, causing the bank to bump the mortgage rate to 5%.

That dream home effectively costs more now. And this increase in price may lead to the consumer holding off on a home purchase until rates come down, effectively reducing demand and money circulating in the economy.

If the Fed wants to discourage borrowing and spending, it can increase the reserve requirement, tightening up the funds the bank has available to loan out.

Banks then might make smaller loans, or up their lending standards. This results in the same scenario of less money circulating and increased borrowing rates by banks, making borrowing money more expensive.

As you might expect, it gets implemented during the opposite period of a business cycle: a contractionary phase, when there is a slowdown in the economy and GDP is decreasing.

If this is happening, a central bank will aim to increase the money supply — make it easier to borrow and spend. And it uses the same monetary tools, only in the opposite way.

So, in the US, the Fed will lower interest rates, decrease the reserve requirement, and buy US Treasuries to stimulate the economy by increasing aggregate demand.

Runaway inflation isn’t a common issue. That, combined with the fact that governments want an economy to grow, means that contractionary monetary policies haven’t been used that often.

There were many reasons for this dramatic price rise, such as wage control and untying the dollar from the gold standard. To combat it, the Federal Reserve increased the fed funds rate from 6% in January to 11% in August. This reduced inflation to around 5.7%.

However, in August, the OPEC energy crisis hit, which caused oil prices to skyrocket.

Even though prices were rising, economic growth was still low, which led to a paradoxical period of stagflation. The country plunged into a recession and the Fed reduced rates to try and improve the situation. However, prices remained stubbornly high.

Eventually, the Federal Reserve increased interest rates to 20% in 1980, when the inflation rate was posting 14%. This move finally reversed the price trend. Inflation eventually dropped to 3.8% in 1982.

When GDP in a nation is growing too fast, causing inflation to increase beyond a desirable rate of 2%, central banks will implement a contractionary monetary policy.

The Federal Reserve, or any central bank, has three primary tools to reduce the money supply. These are increasing interest rates, raising the reserve requirement, and selling US Treasuries.

These actions effectively tighten the money supply. Both individuals and companies have less money on hand to spend, and what they do decide to buy — either outright or by borrowing — costs them more.

The result of loans, goods, and money itself becoming more expensive: a reduction in the amount consumers and businesses spend, decreasing demand. When demand decreases, then prices decrease — and inflation comes under control.

Of course, the trick with a contractionary monetary policy is to gently curb the galloping economy, but never to stop it in its tracks completely.

Why double-dip recessions are especially difficult, and what they mean for the general state of the economy

When the Fed cuts interest rates, it affects everything from your savings account to your auto loans

What is a bear market? How to make sense of a prolonged period of decline in the stock market and invest wisely

The Fed is changing its approach to inflation, but that doesn’t necessarily mean you should change your approach to saving

Thu Oct 8 , 2020
Executives of Iowa’s 22 largest companies are more bullish on the next six months after the beginning of the year saw the worst economic darkness since the Great Recession. The Iowa Business Council’s quarterly outlook survey found its members expecting to hire at a greater clip in the next six […] 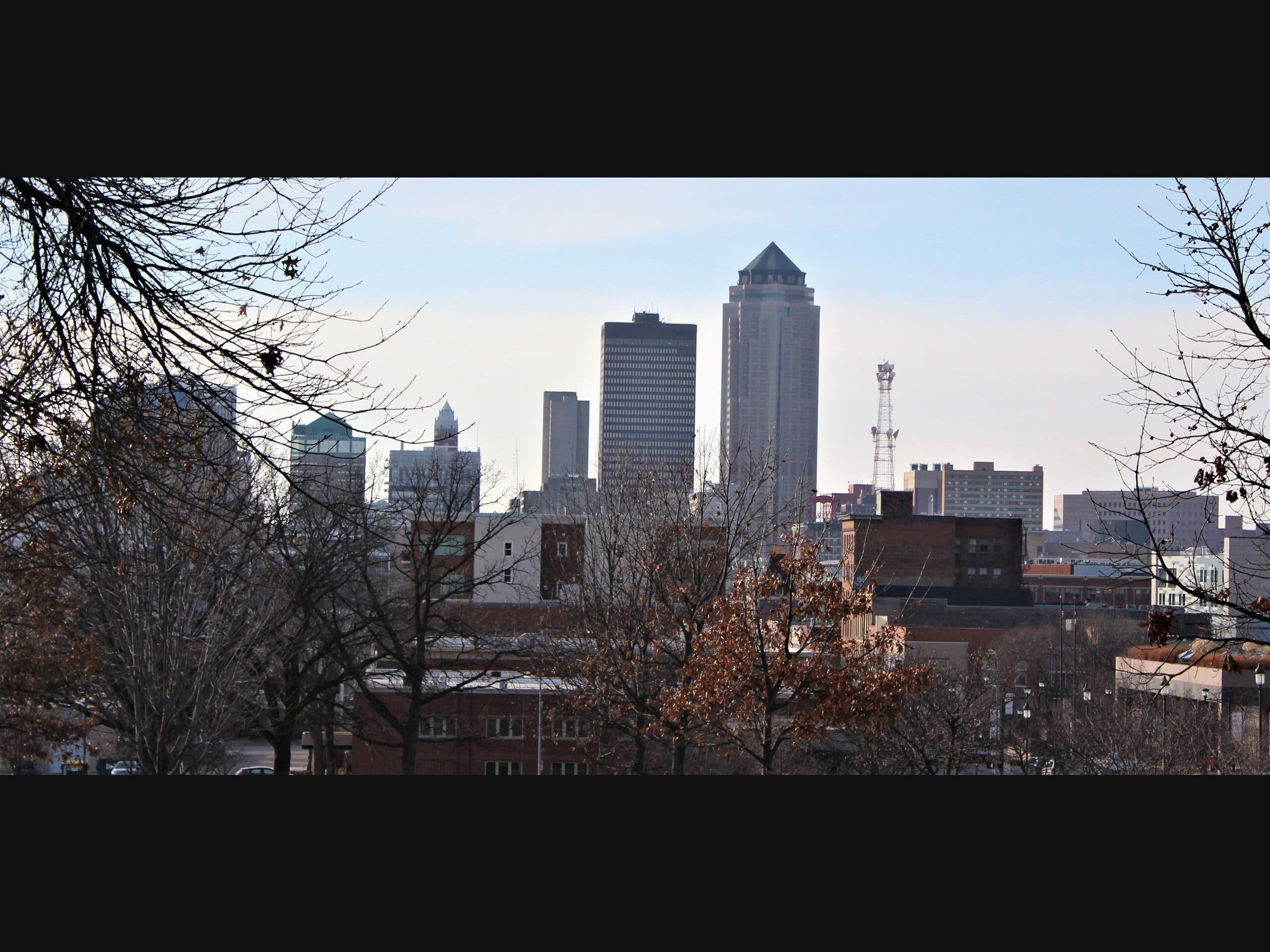